About the Cora and John Sparrowk President’s Award

The Cora and John Sparrowk President’s Award is presented to an American Baptist individual who has, over a period of years, made an exceptional and outstanding contribution to the life of Christ’s church, and who, in life and service, manifests richly the fruits and gifts of the Spirit. The award is supported by an endowment established by Cora and John Sparrowk. Cora Sparrowk served at one time as President of American Baptist Churches.

Nominations are received by members of the Board of the General Ministries. A recipient is selected by the board president in consultation with the vice president and immediate past president, who is then confirmed by the board’s executive committee.

The award recipients typically is presented with this award at the ABCUSA Biennial Mission Summit, which occurs in June, odd-numbered years. 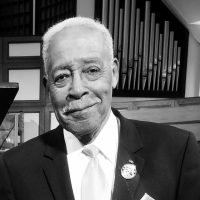 Read about our award recipient here.