VALLEY FORGE, PA (ABNS 4/17/19)—Charles and Marie Mercer have been named the 2019 co-recipients of the Cora and John Sparrowk President’s Award. The award will be presented at the Biennial Mission Summit, June 21-23, 2019, on behalf of the Board of General Ministries. The recipient must be an American Baptist, who has over a period of years made an exceptional and outstanding contribution to the life of Christ’s Church and who in life and service manifests richly the fruits and gifts of the Spirit. In 2017, Emilie Ballard and Newton Old Crow, Sr., were Co-Recipients of the Sparrowk Award, presented at the Biennial Mission Summit in Portland, Ore. 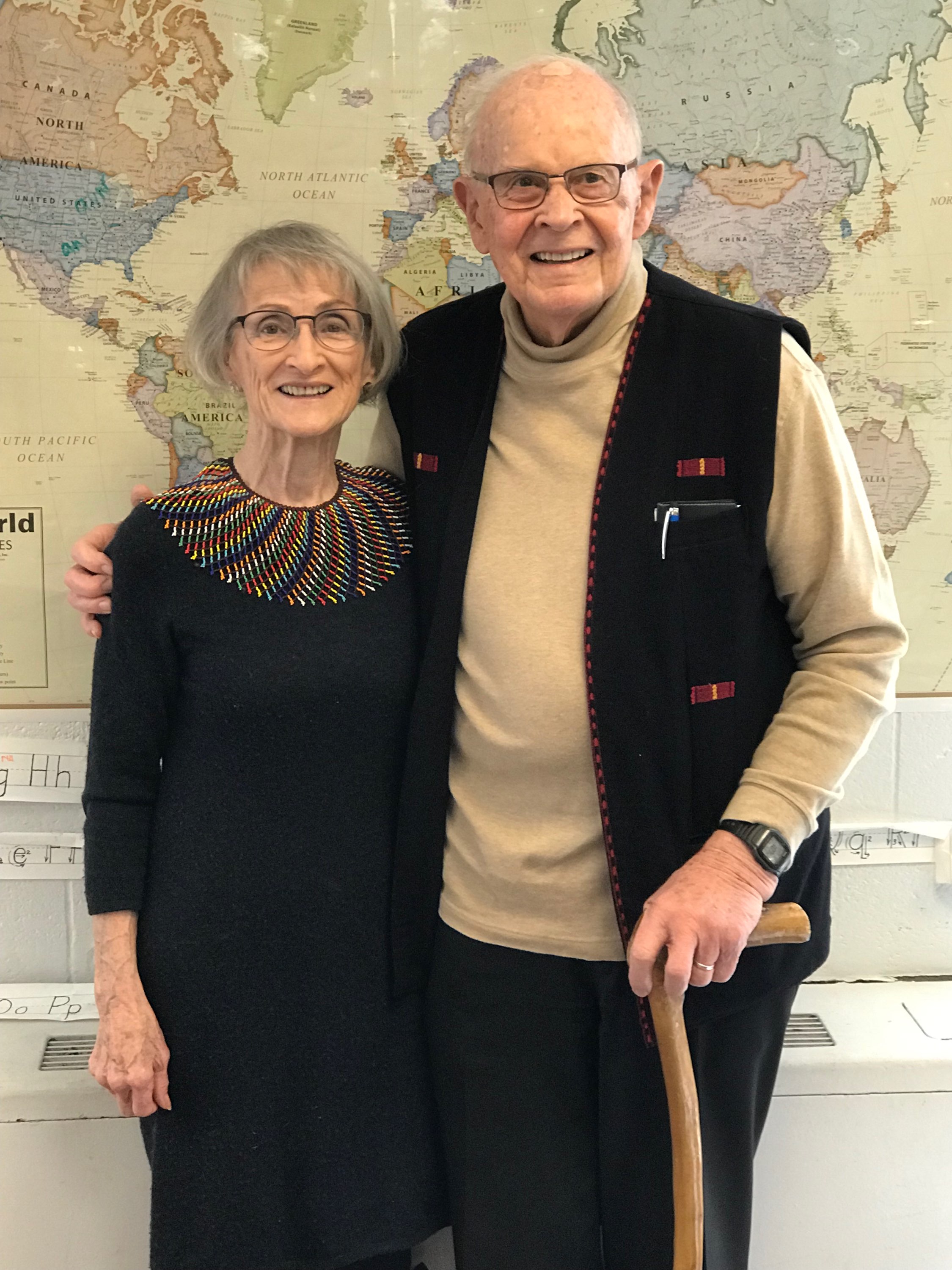 Josué Gómez-Menéndez, president of American Baptist Churches USA, said, “It is a pride and a privilege to recognize those who precede us. Those that with concrete actions aided the small or vulnerable of this world, serving as the hands, feet and the heart of Jesus.

Thank you to the Mercers for your beautiful, inspiring actions, which embodies your testimonies and stories, the true gospel of love. I am proud to be a part of this celebration, honoring the Mercers with this distinction.”

Charles grew up in Providence, R.I. where his father was pastor of the Fourth Baptist Church. He was baptized and ordained at Fourth Baptist, and after graduating from Hope High School was in the first group of American Baptist Scholars. He was awarded a four-year scholarship, and attended Bucknell University, graduating in 1952 with majors in Psychology and Sociology. He then attended Colgate Rochester Divinity School where learning took on a new dimension. His concept of ministry was greatly influenced by field work under the guidance of Rev. James Ashbrook and by his reading of “Purity of Heart” by Søren Kierkegaard, “Life Together” by Dietrich Bonhoeffer, and stories of the French Worker-Priest movement.

While in Seminary Charles spent one summer working in the East Harlem Protestant Parish, and joined the staff after graduation. There he met his wife, Marie, a field work student at Union Seminary. They were married and lived in a tenement on 102nd St. Their first summer was spent working with migrant families as directors of an Ecumenical Work Camp in Coloma, Michigan.

Marie is a graduate of Syracuse University and spent her Junior Year of college in the Philippines where she took part in a health mission to aboriginal tribes in a remote area of Mindanao. She also visited Baptist missionaries in Luzon. After their work with migrants, they went as students to the former Yugoslavia, contacting many churches who sometimes felt isolated in a Communist state. Like Adoniram and Ann Judson, they took their Christian concerns overseas after eight months of marriage.

Returning to the US, they were called to the Neighborhood Baptist Church in Dearborn, Mich. This was a church sponsored by ABHMS in a working-class area which was surrounded by industry and served people who had emigrated from the South during WW II because factory jobs were abundant. There were people from many countries in this neighborhood, and children and youth gathered in our Bible School and sports programs.

After four years, the Mercers were recruited by Dr. Jitsuo Morikawa to join Metropolitan Associates of Philadelphia, an ecumenical project of the Division of Evangelism, which sought to relate the church to the needs of the city. Charles became a Worker Minister, employed by the Redevelopment Authority of Philadelphia, and Marie became a Head Start teacher and a member of the Panel of American Women, an interfaith/interracial program which led group discussions based on the personal experiences of four diverse women.

Desiring to return to the pastoral ministry, they accepted a call to the First Baptist Church of Troy, N.Y. where Charles was active in state and local church groups, and directed the church camping program in an interim period. Marie was Director of the Troy Council of Churches before the birth of the couples fifth child, and then she went back to school to earn her Master of Social Work degree from the State University of New York at Albany. After graduating she worked with New York State programs serving refugees. Charles was a member of the first delegation of American Baptists to visit Baptist Churches in Russia, sponsored by the Baptist Peace Fellowship in 1983, and codirected a follow-up group in 1985, visiting churches in Moscow, St. Petersburg, Novosibirsk, Alma Ata, Tashkent, and other cities.

Moving to the Olivet Baptist Church on Long Island, Charles was a member of the American Baptist Churches of Metro New York Board, and was active in Christian Associates for Relationships with Eastern Europe (CAREE) while Marie served with International Social Services; she shared a passion for refugees with Matt Giufreda who led the ABC program. She later directed the International Adoption Program of the Pearl S. Buck Foundation. In this work she flew around the world with contacts in Romania, Russia, Vietnam, China, India and other places. After retiring, Charles served churches through the Interim Ministries Program, including two assignments to Russia where they served as the pastoral team for the Moscow Protestant Chaplaincy. After his last Interim, their children persuaded them to move to Reston, Va. where they have been active members of the Washington Plaza Baptist Church. Charles was a member of the Search Committee which recommended their present pastor, Rev. Michelle Nickens, to the church, and we have enjoyed her leadership for the last three years.

Marie and Charles have always worked as a team in their ministries; developing programs, visiting parishioners, and raising five active children.   They now enjoy 12 grandchildren, and one great grandchild. “It has been a long journey of faith and we trust it finally ends at the feet of Jesus,” said Charles.