About the Luke Mowbray Ecumenical Award

The Luke Mowbray Ecumenical Award was established in 1974 at the request of Edna Mowbray, in memory of her late husband to recognize their commitment to achieve Christian unity. Luke and Edna Mowbray were faithful members of First Baptist Church in Pratt, Kansas. They were dedicated American Baptists who helped other farmers during difficult times. The Award’s purpose is to give recognition to a member of an American Baptist church who has made an outstanding contribution in ecumenical work at the local, state, national, or international level as either a volunteer or paid professional.

The ABCUSA Committee on Christian Unity and Interfaith Relations receives nominations for the Luke Mowbray Ecumenical Award every two years and is typically presented at the ABCUSA Biennial Mission Summit, which occurs in June, odd-numbered years. 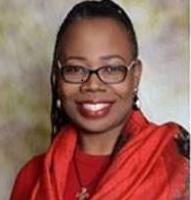 Read about our award recipient here.

Nomination process will open up again toward the end of 2022.