Statement regarding trial outcome in death of George Floyd 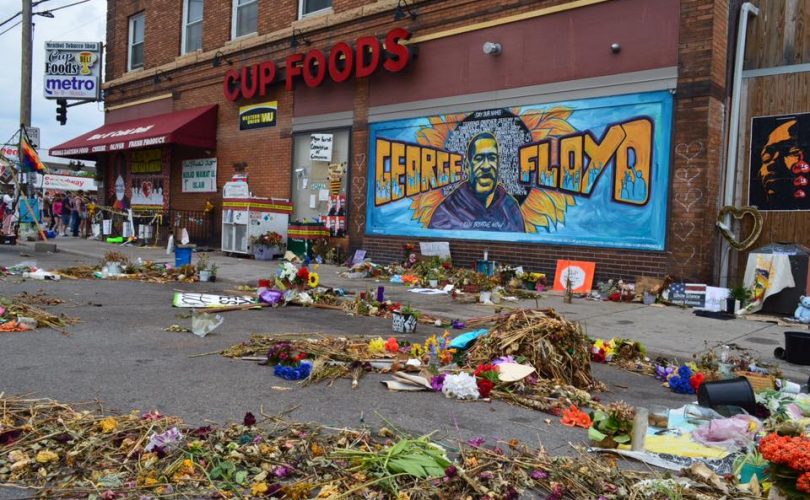 Today the focus is rightly on the verdict in the trial of Derek Chauvin. Unfortunately, we recognize and acknowledge that anti-Black and other violence did not begin or end with the killing of George Floyd. Neither will it end with the conviction of Derek Chauvin. We are, however, grateful for the act of justice for George Floyd, countless other African-Americans, and others who have been victims of violence in America. As Christians, we are always grateful for justice, and we continually journey toward peace.

“For the Lord loves justice; he will not forsake his faithful ones” (Psalm 37:28, NRSV).

We acknowledge the significance of George Floyd’s life and death, while also acknowledging the solemn implications for the Chauvin family, the Metropolitan Police Department, and others who are grieving, even as justice is served.

There is a long way to go on the road toward an anti-racism society. A movement is not defined by a moment. It is defined by the daily demanding strides taken by those who make up the movement.

The culture of a country cannot transform until there are changes in the structures, systems, symbols, and people of that country. Through the work of the anti-racism task force and numerous other American Baptists who are on this journey, we will continue to be engaged in and advocate for those changes.

“Racism…is the devaluing of persons in terms of their intelligence and potential for contributions to a given society because of their race by one or more racial groups who have an economic, social, and political position of power in that society.” American Baptist Policy Statement on Racial Justice. Adopted in 1983. Modified in 1989 and 1994.