VALLEY FORGE, PA (ABNS 8/4/22)—We are pleased to announce that the Rev. Dr. Robin Stoops has accepted an invitation to engage in a Special Assignment for the American Baptist Churches USA. Stoops will leave his region responsibilities as Executive Minister of the American Baptist Churches of Nebraska and come to ABCUSA to engage in the work of Mission Resource Development. He brings unique skills and denominational experience to emphasize mission giving in new ways that bring energy to our existing partnerships with donors and local churches to accelerate engagement in regional, national and international ministry and mission. 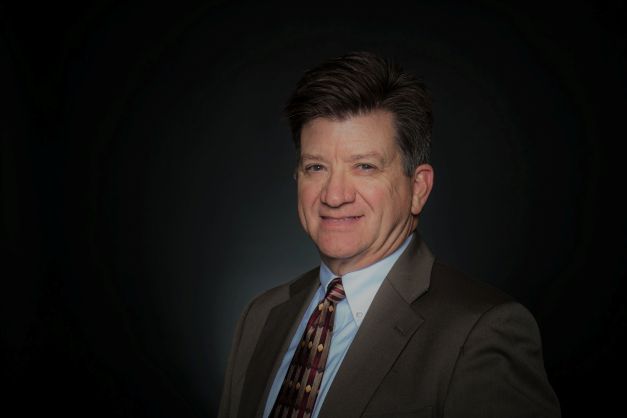 Dr. Stoops will officially assume the role of Interim Associate General Secretary for Mission Resource Development on October 15, 2022. The emphasis of this Special Assignment will be on exploring new ways of giving that match the refined focus of the ABCUSA Office of the General Secretary upon gathering the denomination, supporting regions and national organizations, and creating space for local and global dialogue. The interim nature of the role is in keeping with the current search for a new General Secretary.

“Robin’s energy is contagious and his experience with American Baptist Churches runs deep and wide. We are grateful that Robin has accepted this new assignment,” said General Secretary Dr. C. Jeff Woods.

The Rev. Dr. Robin D. Stoops has been a pastor for thirty-six years. He has served as Executive Minister of the American Baptist Churches of Nebraska since 2011. During his ministry he has pastored churches in South Dakota, Kansas, Iowa, and Nebraska. Stoops is a graduate of Ottawa University, Ottawa, Kan., with a bachelor’s degree in Education, North American Baptist Seminary (now Sioux Falls Seminary, Karios University) with a Master of Divinity degree, and completed a doctoral degree in Missional Leadership/Contextual Theology at Northern Seminary in Lisle, Ill. He also completed a professional certificate in Negotiation and Mediation from the Naveen Jindal School of Management at the University of Texas at Dallas, and recently received a certificate in Religious Fundraising from the Lake Institute at Indiana University. He was awarded the Pastor of the Year award in 2008 by the American Baptist Men of Nebraska.

His work with the American Baptist Churches of Nebraska has included preaching, pastoral searches, leadership training, conflict transformation, and consultation with churches in mission giving and development. He has led multiple Mission Study Trips in South America, Europe, Southeast Asia, the Middle East, and Africa with pastors from ABC of Nebraska to visit missionaries and partners. Stoops volunteered as a Special Assistant to Theological Education in Burma with International Ministries. He has also served as the Treasurer for the Regional Executive Ministers Council, one of three officer positions in the REMC. He is the founder and director of ChurchHelp.net, a ministry working with unaffiliated churches to provide support on a fee basis.

Robin is married to Kathy Stoops and they have three grown children, eight grandchildren and two miniature dachshunds. He grew up in an American Baptist church in Valley Center, Kan.

Rev. Dr. Marie Onwubuariri, who previously served in the role of Associate General Secretary for Mission Resource Development with ABCUSA, recently accepted a new ministry call upon her life and has begun serving as Director of Intercultural Ministries with the American Baptist Home Mission Societies. “We are grateful for Dr. Onwubuariri’s service with ABCUSA and are blessed to know that her gifts and skills for ministry will continue to be utilized by the American Baptist family.”