Engaged in Ministry Together at Panther Lake Community Church 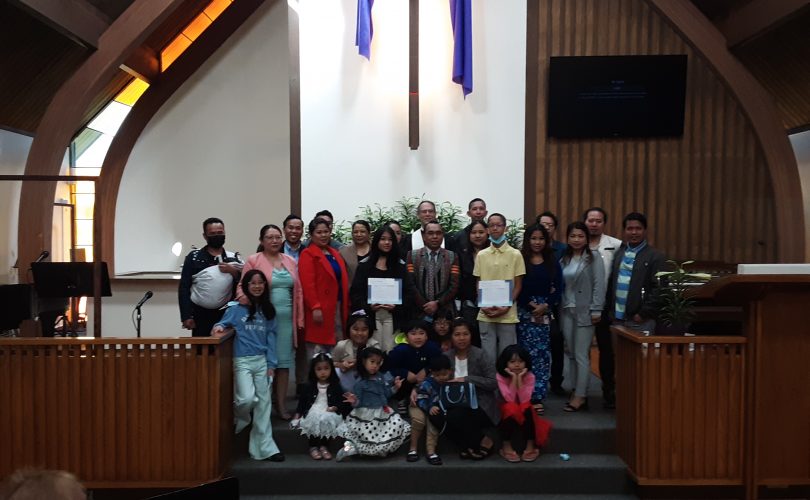 Panther Lake Community Church in Kent, Wash., a member of the Evergreen Association of American Baptist Churches, has had ongoing relationships with churches in the Seattle area that were founded by people from Burma. These relationships, which are expressed in a variety of ways, were clearly visible this year during Holy Week.

On Maundy Thursday evening, worship was conducted by the three congregations that meet in the building: Panther Lake itself, plus the Karen Community Church of Greater Seattle and the Washington Kachin Baptist Church. The service was very simple, featuring readings of ten portions of Scripture narrating events from the preparation for the Last Supper through the burial of Jesus. Each passage was read first in Kachin, then in English, and finally in Karen. Hymns were sung between readings, and Communion was observed at the appropriate place in the narrative. The service, which was very moving, was attended by a significant number of members from each congregation.

The Easter Sunday morning service at Panther Lake featured six baptisms, with candidates representing four different churches: Seattle Chin Baptist Church and Washington Chin Baptist Church along with Panther Lake and the Karen church. At least three of the candidates have participated in the life of Panther Lake church as well as one of the others. One of the candidates was referred to Panther Lake because she is engaged to a Chin man but does not speak Chin. Panther Lake’s pastor John Armagost worked with the pastors of the other churches to prepare the candidate for baptism.  Pastor Ramhei Cin of the Seattle Chin joined John in the tank and performed two of the baptisms. Near the end of the service, each pastor offered prayer for those from his or her congregation.  (Maggie Po is pastor of the Karen church, and Kawl Tha is pastor of the Washington Chin church.)

The Panther Lake church has hosted one or two other congregations for more than ten years. However, relationships have developed in new and exciting ways since the Karen Community Church began using the facilities last fall. Since they and the Kachin church, like Panther Lake itself, are affiliated with Evergreen, Pastor John encouraged everyone to think of the relationship not merely as “landlord and tenants,” but as partners in ministry. While each of the three congregations remains self-governing and is responsible for planning and carrying out its own ministry, they actively seek ways to engage in ministry together. In the past, monthly meetings of representatives of the churches using the building dealt mostly with details concerning facilities and scheduling. Now they include much more time for sharing about the health and well-being of each congregation and its members and considering ways that we can work together and encourage each other. A recent youth event was attended by twelve young people representing all three churches. It included preparing and eating a meal together (spaghetti and meatballs, salad, and chocolate chip cookies), jewelry-making, and games. An experimental project still in progress has been to prepare a video of a virtual choir singing a hymn in English, Karen, and Kachin. 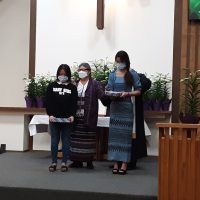 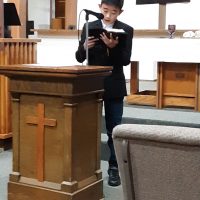 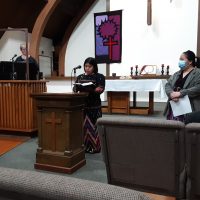 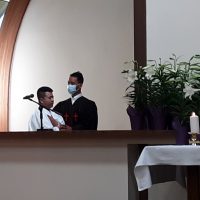 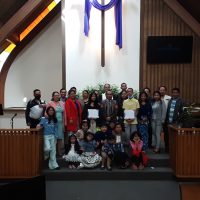 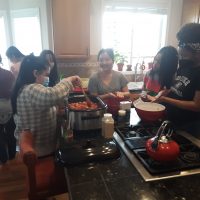 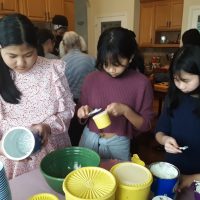 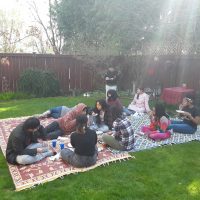 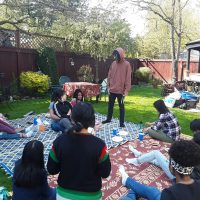