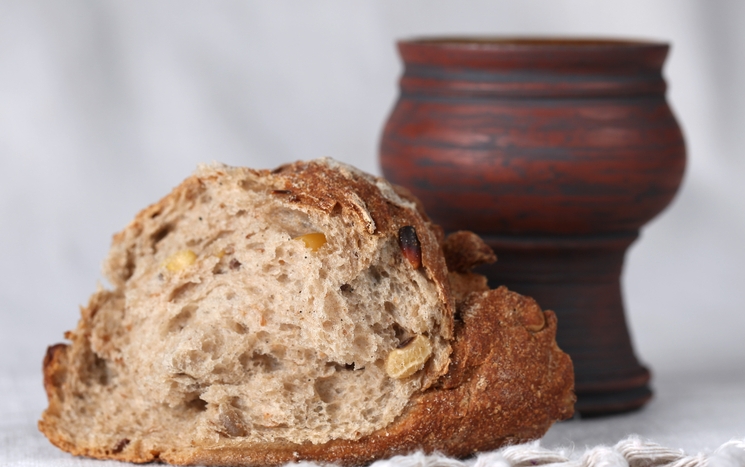 23 For I received from the Lord what I also handed on to you, that the Lord Jesus on the night when he was betrayed took a loaf of bread,

24 and when he had given thanks, he broke it and said, “This is my body that is for you. Do this in remembrance of me.”

25 In the same way he took the cup also, after supper, saying, “This cup is the new covenant in my blood. Do this, as often as you drink it, in remembrance of me.”

26 For as often as you eat this bread and drink the cup, you proclaim the Lord’s death until he comes.

As a child it was my pastor’s practice to have us pause before communion, to consider matters of the heart. It was here that everyone young and old paused to consider offenses, big and small, intentional, by coincidence and unknown. Our pastor often said, “ask God to show you the things that you may have overlooked.” I was in a worship service several years ago where the pastor took this idea a step further. He asked the congregation this question, “If you have offended someone in the congregation and even if they do not know please apologize before we move forward.” At first the room was still; you could almost hear people breath. Slowly a few people began to move and quiet whispers took place in a few pews. Instead of asking the question, Jesus died on the cross for you and me, knowing we had sinned, offended neighbor and God and would do it again.

As we enter Holy Week, let us pause. Let us sit with God and seek forgiveness. During the Lenten Season some of us have added spiritual practices to our daily routines. Some of us have sacrificed things so that we may draw closer to God. As believers we are assured of God’s grace, mercy and steadfast love but let us not rush to communion out of tradition and routine but with a humble heart and a willing spirit to do whatever God requires. Pausing and seeking forgiveness may bring new meaning, new renewal and a fresh perspective. Bring all of you to the communion table.