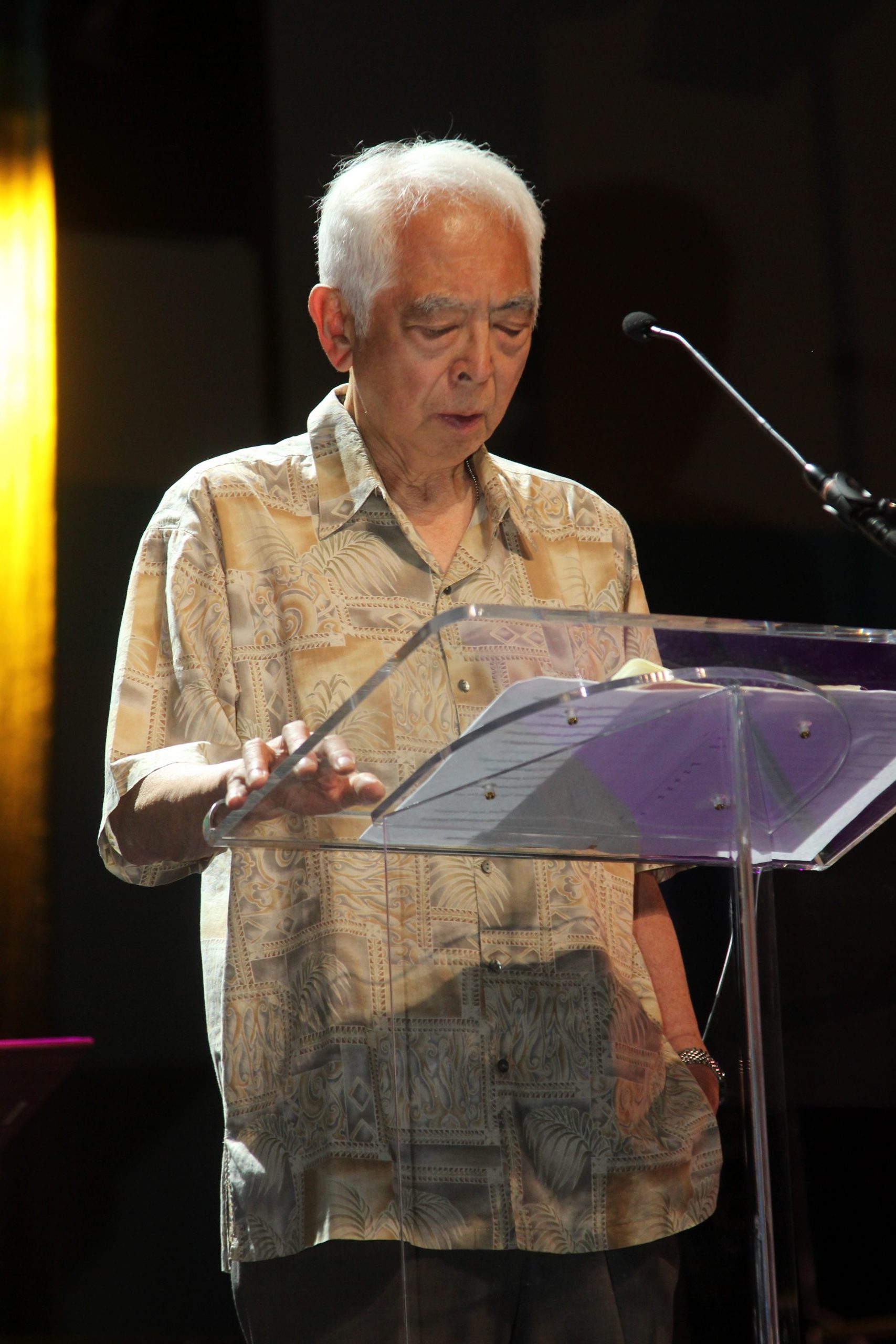 Nakagawa served as Vice President of American Baptist Churches USA from 2002-2003. In 2011, he received the Cora and John Sparrowk President’s Award at the American Baptist Churches USA Biennial, June 24-26, 2011, in San Juan, Puerto Rico. This award recognized him as “an American Baptist who has over a period of years made an exceptional and outstanding contribution to the life of Christ’s Church and who in life and service manifests richly the fruits and gifts of the Spirit.” He was also a recipient of the ABHMS Jitsuo Morikawa Healing and Transforming Communities Award in 2007.

More recently, Nakagawa was featured in September 2020 as one of three lifelong Changemakers at an event jointly sponsored by the Alliance of Asian American Baptist Churches (AAABC) and the American Baptist Home Mission Societies; and was a keynote speaker at the AAABC Annual Convocation at the 2019 Biennial Mission Summit in Virginia Beach, Va.

“The Alliance of Asian American Baptist Churches (AAABC) family deeply mourns the passing of Yosh Nakagawa, one of our founding leaders and a deeply beloved and revered elder,” said Katharine Hsiao, Caucus Coordinator. “Yosh worked tirelessly throughout his life to encourage Asian Americans and other marginalized groups to speak out and make our stories known in order to make a difference in the world. He cared deeply about God’s call to justice and ceaselessly pointed the way, urging all to be faithful and do what it takes to create needed change in the world. Yosh was humble about his accomplishments, but without Yosh, the Alliance and the ABCUSA InterCaucus might never have existed. We thank and praise God for this man of action and vision. He will ever be an inspiration to all of us.”

Former ABCUSA President Don Ng said, “When I was elected to be ABC President in 2014-2015, I knew that I stood on the shoulders of people like Yosh Nakagawa who persevered often against strong resistance to claim a place in the ABC family. Yosh and his faithful generation bravely and justly spoke to those who needed to hear the multitude of stories yet to be told. While the struggle continues, today we are grateful for the sacrifices and service that pioneers of the faith like Yosh have blessed us and will continue to bless us in the many years to come. To quote one of Yosh’s favorite saying, ‘I am just a water boy!’ We’ll continue to be today’s water boys and water girls to serve Christ until justice rolls down like water!”

Nakagawa was an active member of the Japanese Baptist Church of Seattle, Washington, for over 60 years, serving as a moderator, committee chairperson, Pastoral Relations Committee member, and Pulpit Search Committee member. 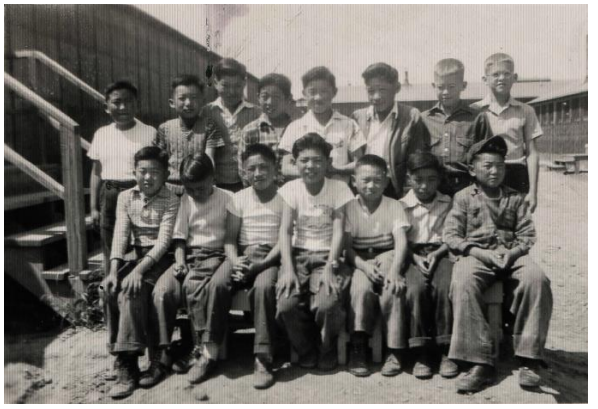 Yosh Nakagawa, front and center, with friends at Minidoka

Dr. Jeffrey Haggray, executive director of the American Baptist Churches Home Mission Societies (ABHMS) said, “Yosh Nakagawa, former Vice-President of ABCUSA, was fiercely loyal in his support of ABHMS initiatives. Yosh was an advocate for justice, equity, and inclusion for Asian Americans and all marginalized persons within and beyond our American Baptist family.”

The Internment experience bears a deep wound and loss of dignity for Yosh and 120,000 Nisei Japanese Americans,” said Rev. Florence Li, national coordinator of Asian Ministries, ABHMS. “When the country turned from them, the church stood beside Yosh and the Japanese Americans who were members of Japanese Baptist Church in Seattle, WA. During their incarceration, the American Baptist Home Mission Society and the Woman’s American Baptist Home Mission Society provided ministries to the camp residents. Rev. Emery Andrews, pastor of Japanese Baptist Church became their home missionary, making numerous trips from Seattle to Minidoka to carry messages for families, console, and conduct services.”

Nakagawa was also an encourager, mentoring countless American Baptist leaders in their journey. As Rev. Florence Li notes, “Yosh’s famous quote, ‘I watch you like a hawk’ as he spoke with me, constantly reminded me of the metaphor of a ‘water-boy, water-girl’ in a baseball game, ‘serving others.’ Yosh is a legend, fearless, and resilient. He had made sweet lemonade out of sour lemon. He had told his story, an American story, a story of faith and justice. He had fought till his last breath for the people he loved (so that we may live). ‘I watch you like a hawk! It is your turn now!’”

Learn more about Nakagawa in his own words, through an article called “My American Story,” published by the American Baptist Home Mission Societies.

During World War II, thousands of men, women and children of Japanese descent were unjustly imprisoned, by executive order, in U.S. internment camps because of wartime hysteria and fear that they would serve as spies for the country of their heritage. Subjected to harsh living conditions, Japanese immigrants in the camps included parents of American-born young men fighting in U.S. military units. Two-thirds of those interned, born on American soil, were U.S. citizens. Society turned its back, but American Baptist missionaries stood with the oppressed, affirming them as brothers and sisters in Christ, and ministering to their needs.

Executive Order 9066: In the dark days of WWII, fear translates to injustice of internment for Japanese Americans

The Minidoka Pilgrimage: An American story for times such as these