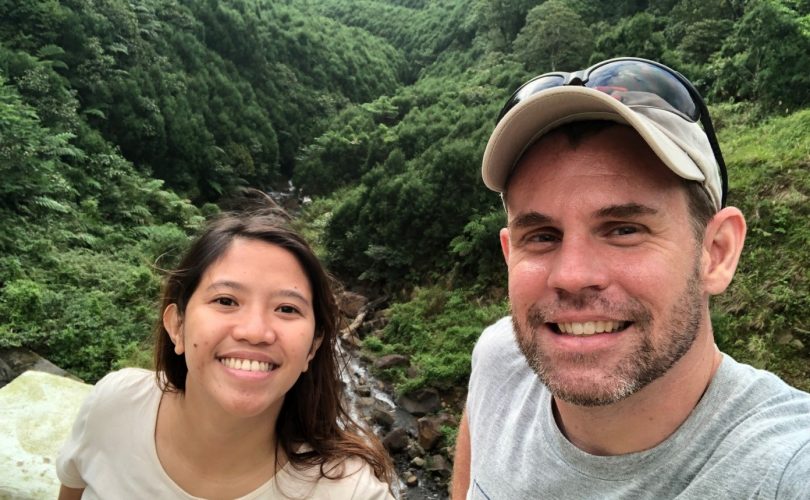 VALLEY FORGE, PA (ABNS 12/13/21)—Since 2016, Rev. Dr. Paul Rollet has been serving as an associate global servant with International Ministries’ partner in the Philippines, Companion With The Poor (CWTP). As of December 1, 2021, Dr. Rollet will continue to minister in the Philippines with CWTP as an IM-appointed global servant, fully supported by IM and an IM-related mission partnership network.

A native of Illinois, Rollet completed a bachelor’s degree with a sociology major from North Central College (Naperville, Ill.). In 2010, he earned a Master of Divinity from Northern Seminary (Lombard, Ill.), and in 2014 he completed the Doctor of Transformational Leadership program at Bakke Graduate University (Seattle, Wash.) while living in the Philippines.

From 2004 to 2005, Rollet served as a summer intern with the Fellowship of Christian Athletes in Springfield, Ill., and then as an intern with Cherry Hills Church youth group in Springfield, Ill., in 2006. He volunteered at The House of Mary and Joseph homeless shelter in Chicago, Ill., from 2005 to 2011, and worked as the Director of Spiritual Formation at Chicago Hope Academy from 2010 to 2011. He served with Mission Ministries in the Philippines from 2012 to 2013, then as the program director and volunteer coordinator at Bethel Neighborhood Center in Kansas City, Kan., from 2014 to 2015. In 2015, he was ordained by the American Baptist Churches USA, at Bethel Center Church in Kansas City, Kan. Since 2016, he has been serving with Companion With The Poor in partnership with International Ministries.

As an IM-appointed global servant, Rollet will continue serving the poorest communities in Metro Manila in the Philippines and planting holistic churches that meet the spiritual and physical needs of the most marginalized in the least-reached slums. He will also remain in partnership with local churches to plant sustainable churches.

“I have been involved in urban ministry now for twenty years,” Dr. Rollet reflects. “Though there have been many challenges along the way, it has been a joy to serve the Lord for this time. I am excited to join with International Ministries as a global servant, as I continue in the ministry I have been doing for the last twenty years. I know that my call comes from the Lord, and that he has sustained me until now, and will continue to sustain me into the future. I am also excited to journey with my wife, Queenie Matias Rollet (pictured with Rollet), over the coming years since we just got married this past October. I can’t wait to see what God has in store!”

“Dr. Rollet’s commitment to serving and sharing the good news of Jesus Christ in urban ministry has been very evident through his incarnational living, and International Ministries is honored to be part of his ministry in the Philippines,” says IM’s Director of Mission Mobilization Rev. Dr. Rodney Ragwan.

Area Director for Southeast Asia and Japan Rev. Leslie Turley says, “It has been my privilege to walk alongside Dr. Rollet as he has ministered with CWTP in the Philippines, and I look forward to seeing how God will use the gifts and talents of both Dr. Rollet and his wife as they continue in this important ministry.”

Rev. Sharon Koh, IM’s Executive Director/CEO writes, “Paul is a kind and thoughtful soul. We are delighted to welcome him into the ranks of standard appointment global servants. He has been such a gift to the IM family in recent years, so we are looking forward to where God will take both IM and Paul (and Queenie!) in the season ahead.”

IM and Dr. Rollet invite interested individuals, families, and churches to partner with him in ministry in the Philippines. More information about Paul Rollet is available on his profile page on the IM website.

International Ministries, also known as the American Baptist Foreign Mission Society, works cross-culturally to invite people to become disciples of Jesus Christ and to proclaim, through both word and deed, God’s reign of justice, peace and abundant life for all creation.