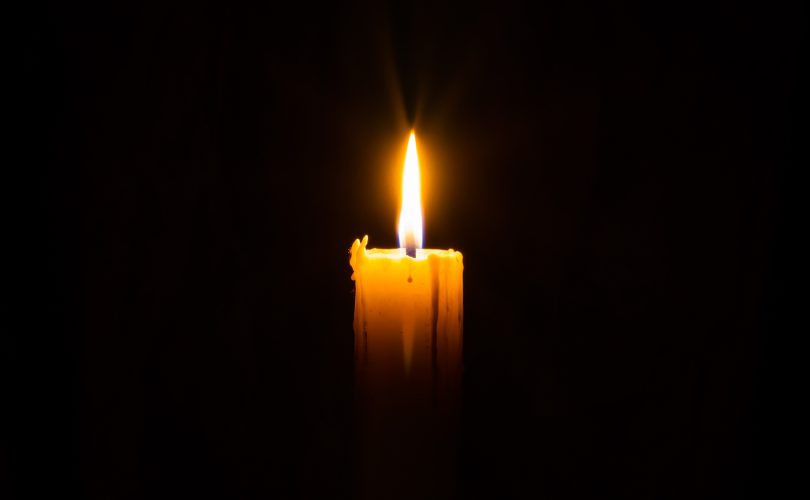 American Baptist Churches USA remembers those whose lives were taken during the attack on September 11, 2001. We pray for family members, for first responders, for military personnel, for elected leaders, for the next generation that is rising up to make the world a safer place for us all.

“The 9/11 attack forever embedded in our memories the fragility of life. Life is precious and uncertain. Recent global events have only added to that understanding. I am grateful for the persons who constantly work to keep us safe and I am strengthened and renewed daily by the opportunities to spend meaningful moments with family and friends,” said Dr. C. Jeff Woods, interim general secretary, ABCUSA Office of the General Secretary.

We share a reflection on the 20th Anniversary of September 11, 2001, excerpted and adapted from a sermon by Rev. Dr. Marie Onwubuariri, associate general secretary for Mission Resource Development, American Baptist Churches USA.

35 As he approached Jericho, a blind man was sitting by the roadside begging. 36 When he heard a crowd going by, he asked what was happening. 37 They told him, ‘Jesus of Nazareth is passing by.’ 38 Then he shouted, ‘Jesus, Son of David, have mercy on me!’ 39 Those who were in front sternly ordered him to be quiet; but he shouted even more loudly, ‘Son of David, have mercy on me!’ 40 Jesus stood still and ordered the man to be brought to him; and when he came near, he asked him, 41 ‘What do you want me to do for you?’ He said, ‘Lord, let me see again.’ 42 Jesus said to him, ‘Receive your sight; your faith has saved you.’ 43 Immediately he regained his sight and followed him, glorifying God; and all the people, when they saw it, praised God.

A Time and A Place. This bible story is about a particular time when Jesus made a particular scene among a crowd of people as he entered a particular place, and about a man, who for the rest of his life, probably remembered how his life was changed at the same time, and at that same place. The man was likely in a normal place, at a normal time, but heard a crowd and had heard of Jesus, and knew this day was different.

In life we often approach our day doing what we normally do. Whether our life is great or full of challenges, as humans we have the capacity to live day after day within our circumstances. But sometimes there are days that something very different happens that has the potential to change our life forever. For this poor blind man it was someone very special visiting his city. And he had the ability within his own humanity to recognize that this day had the potential of being a day he would never forget – if only he took the risk to cry out to Jesus. For him, the event was Jesus himself. For us today, it may be a little different.

Instead for us today, it could be anything that makes a day very different than any other – a natural tragedy like earthquakes and flooding. It could be events tied to global or regional or local wars. It could be an encounter with someone, or someones – famous or not – that has the power or authority to change a situation that has affected your life for years. It could be the death of someone very significant in our life – there are so many potential things that happen in a day in your life that can change things forever. But we must not forget – to call upon Jesus’ name means we must be for Jesus’ response.

Today, September 11, 2021, is the 20th anniversary of 9/11, the day that many in our country will say changed life forever. This was a day in recent history of the United States when the nation was put into shock on a Tuesday morning as three airplanes were crashed into three monumental and important buildings due to terrorist attacks. For many Americans, they remember exactly the place where they were on that morning.

You surely have heard, or will continue to hear, stories on TV or in the newspaper about how 9/11 has impacted the lives of so many people: people who lost loved ones in that tragedy, people who were there to witness it first hand, people who are battling illnesses today because of their heroic efforts after the event, people who in their normal day should have been in one of those buildings but because something different happened in their day that morning, their lives were spared.

This bible story, and this 9/11 anniversary, lead to a similar question: Where were you when Jesus changed your life? What was the time and place when something was different that caused you to cry out to the Son of David, the one who could deliver you from your circumstance, Jesus of Nazareth, the one who understands your human needs, Jesus Christ, the anointed one sent by God that you may have life abundant.

When someone in your church, or in your neighborhoods, or even in times of tragedy miles and miles away cries out “Have Mercy On Me” – how can we respond as the hands and feet and voice of Jesus from our place and our time?