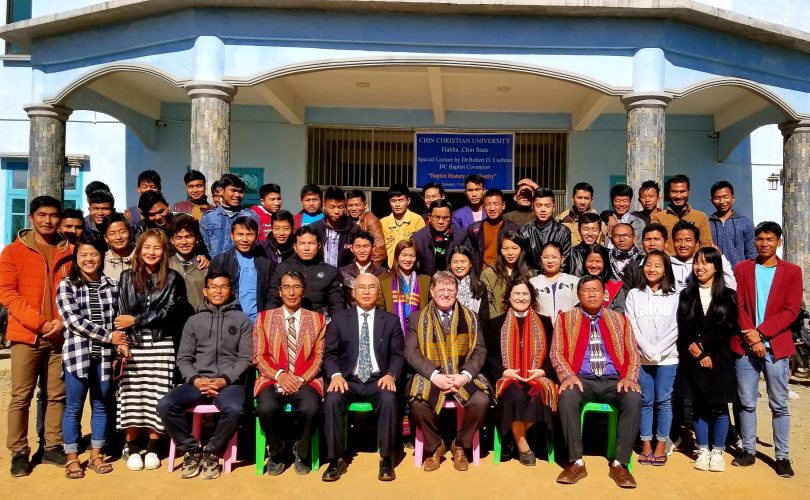 The lectures deepened the relationships and efforts of the Burma Work Group of the DCBC, engaging 58 theological students, the faculty of CCU and some of the pastors and leaders of the Hakha Baptist Association. Some support for these efforts came through the Palmer Grant administered to the American Baptist Foundation.

The Burma Work Group holds a vision of supporting and strengthening the efforts of Baptists in Myanmar, those in the three Baptist conventions among the Chins, the Kachins and the Karens, while also working in cooperation with the Myanmar Baptist Convention. CCU hopes to see these efforts expand to include both animal husbandry ministries for local Chin farmers as well as work-study programs for the students at CCU.