There is a Hopevale “Cathedral in the Glen” replica in our American Baptist retreat center at Green Lake, Wisconsin. I saw it in 2016 and learned that the Japanese Imperial Army executed eleven Baptist missionaries, including one child, on Dec. 20, 1943 at Hopevale, Panay Island, Philippines.

Two of the missionaries, James and Charma Covell were IM missionaries in Japan from 1920-38. James was a pacifist and outspoken about his beliefs. He was not welcome by the Japanese government officials. This resulted in being pushed out of mission work in Japan and re-assigned to the Philippines in June, 1938. After Japan invaded the Philippines, 11 of the 17 missionaries on Panay Island, decided to avoid imprisonment by escaping to the mountains.

The missionaries survived for 20 months supported by Filipino believers (mostly courageous women) who risked their lives to bring food, supplies, and news. Up to 100 people would join them in worship from the surrounding area. Dr. Francis Rose named their hide-away, “Hopevale” because they saw it as their valley of hope. It served many others on their journey to freedom during a brutal suppression campaign against the American supported guerrillas.

An American soldier, Lieutenant Albert King, after being captured and tortured, disclosed the location of the missionaries, who were captured on Dec. 19. The Covells, speaking Japanese, pleaded for their lives with the Japanese soldiers but to no avail. On December 20th, they requested and were granted one hour to pray together and sing hymns to God. After the hour, one of the missionaries responded, “We are ready.” They were taken one by one to a hilltop nearby and beheaded. Charma was the first to die by Captain Watanabe’s sword.

After the executions, the huts were set on fire and their bodies were burned. About two weeks later, Pastor Dianala and Engracio Arora risked their own lives to recover the remains, which they secretly buried in the dirt floor of Pastor Dianala’s Katipunan Evangelical church. They also recovered documents hidden in the burned huts. Later the remains were interred near the Hopevale site and marked with a large cross.

I read many stories and articles including a book, Covell Sensei, by Hajime Watanabe and edited by David and Betty Covell, in preparation to participate in the 75th memorial. I had been invited to attend by Japan Baptist Union General Secretary, Rev. Naoto Ohya. 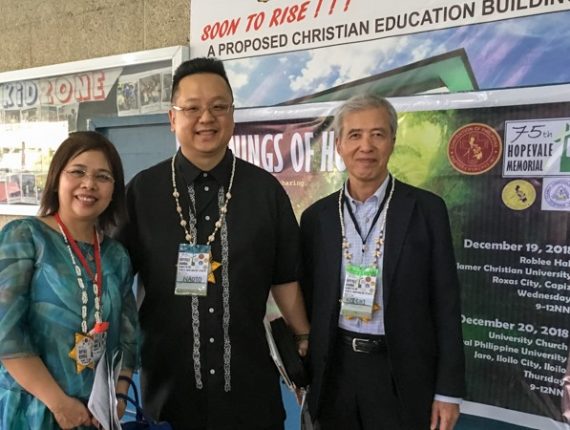 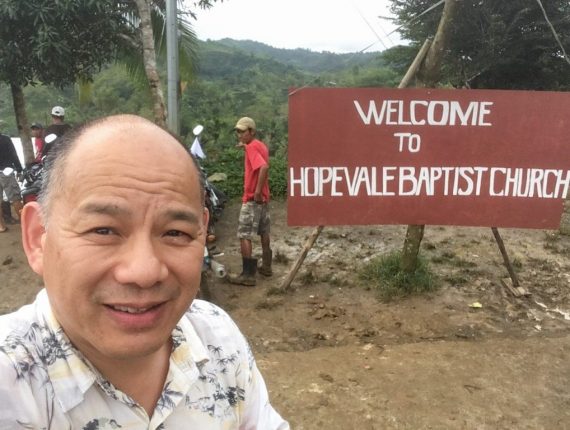 After a warm worship time and lunch served by Hopevale Baptist Church, we were released to finish our pilgrimage. As we neared the Chapel in the Glen, rain began falling on the already saturated ground. It reminded me of the wet conditions the missionaries faced during their last month of life.

Our ceremony was short. We needed to hurry back since the muddy path was now more treacherous for our return. Our guides carefully held us up, 2 or 3 per pilgrim, as we slid our way back to the church.

Though I fell once, many prayers were answered for our safety as we joyfully returned. Our group sustained only two minor injuries, and all have recovered. 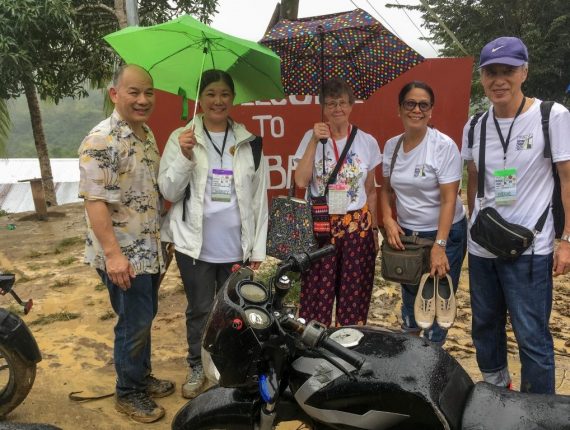 We climbed aboard a 4WD truck (similar to a cattle car) and carefully slipped and slid down the mountainous road back to Katipunan Church to rinse the mud off and change to dry clothes. 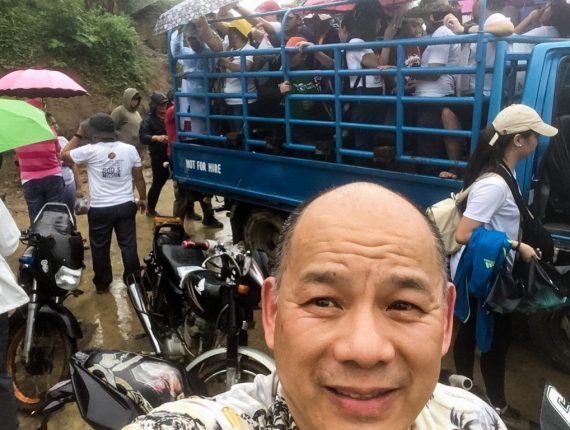 Then we transferred to vehicles for an evening program at FCU. We were all exhausted but I felt invigorated by the journey. God had provided all my needs, including a new pair of pants, shoes, and slippers!

The next morning, I served on a panel, “Gleanings of Hope,” and shared reflections on the characteristics of the missionaries. The verse that came to mind was:

“But the fruit of the Spirit is love, joy, peace, patience, kindness, goodness, faithfulness, gentleness, and self-control . . .” Gal 5:22-23 NIV

From the testimonies of those who knew them and their story, the Holy Spirit was surely alive in them. They demonstrated God’s love for the ones they faithfully served, both the Japanese and Philippine people. They were not alone in sacrificing the ultimate gift, their lives, for their Lord. We remember and honor our Philippine brothers and sisters who also died. We are connected as the body of Christ. As the body of Christ, we are called to a ministry of reconciliation, including reconciling with our Japanese brothers and sisters in Christ.

Our hope is not in our organization or our work, but in Jesus Christ, who leads us and promises to be with us in every circumstance. We are called to be in community, serve faithfully, and sacrifice joyfully for the sake of His name and call others into His mission here and to the world.

To God be the glory!

May the Lord continue to richly bless you this New Year!

With Thanks and much Love,