A Reflection: For the Love of Jesus

ABCUSA > Patricia Hernandez > A Reflection: For the Love of Jesus

The reflection below was written by Rev. Dr. Patricia Hernandez, Associate General Secretary for Women in Ministry and Transition Ministries, American Baptist Churches USA. Hernandez reflects on a recent visit with a woman in ministry, and the story of love that was shared when they met. 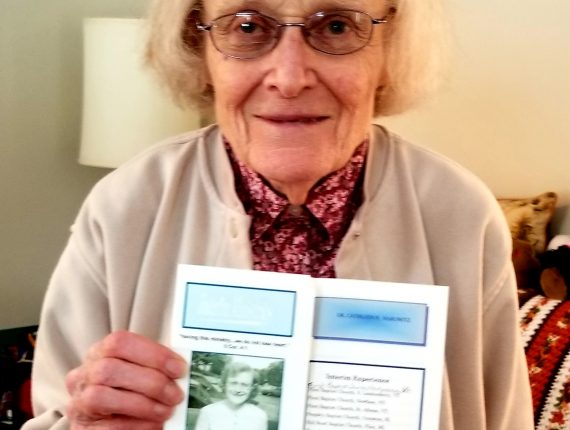 Recently I had the opportunity to visit with a retired woman in ministry, Rev. Dr. Cathleen Narowitz who served 26 interim ministry positions over the course of her distinguished ministry. When Rev. Narowitz graduated from Crozer Theological Seminary in 1957, she not only was the only woman student in her class, but also in the whole seminary!

In reflecting on her call to ministry, Rev. Narowitz recounted that she was in first grade, living in Seattle, Washington, when Pearl Harbor was bombed, an event that impacted her life in ways she could never have expected. She was traveling with her family to visit her aunt when news of the bombing blared out of the car radio.  She vividly remembers her father immediately turning the car around and heading straight for home.  Once home, he rushed her, her brother, sister and mother into the house, shut the shades on the windows and directed them to the back of the house where there were no windows, for added safety. 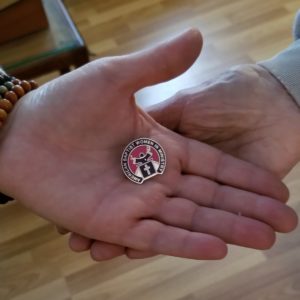 As someone of German descent she felt that fear against not only the Japanese but also herself. During the bombing drills which soon followed at school, she shared how she and others who looked German were told to stay in their first floor classroom….where they would be the first to be killed, while others were guided to the safety and security of the basement. Fear was ripping her world apart, turning friend against friend, classmate against classmate.

In the midst of this furious fulminating fear, one day a woman stopped by Cathy’s house and asked her mother if Cathy could come to her house where she was gathering kids after school to share stories about Jesus. Something about the invitation ignited a fierce fire in Cathy’s heart and she vividly remembers pulling on her mother’s skirt, begging to go.

Through this kindred community formed in the midst of fear but bonded through the love of Mrs. Grassly and her Bible stories, Rev. Narowitz experienced the very real, visceral love of Jesus, a place without fear, a place of true belonging, a place where all could be friends, where classmates could be kin whether they were Japanese, or German, black haired or blonde.

Reflected Narowitz, “I learned then that Jesus loved me, when I didn’t think anyone else did.” 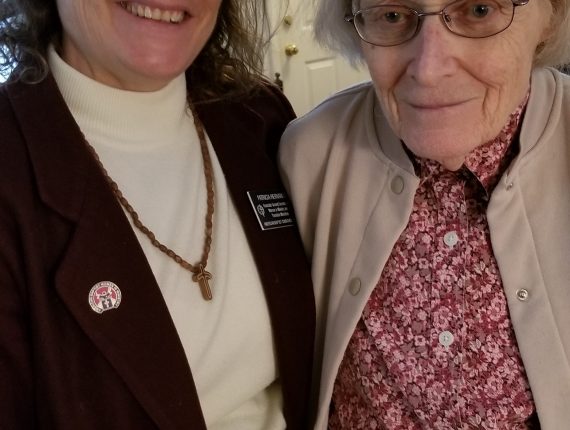 It is that love that she has felt called to pass on, and which she has at each and every place of ministry, living out the love of Jesus, serving as the hands and feet of Christ.

As we parted, her hand pressing against mine, in prayer, I felt the love of Jesus pulsing through us, holding us in his hands.

May the pulsing passionate love of Jesus hold you this day, and each and every day to come.