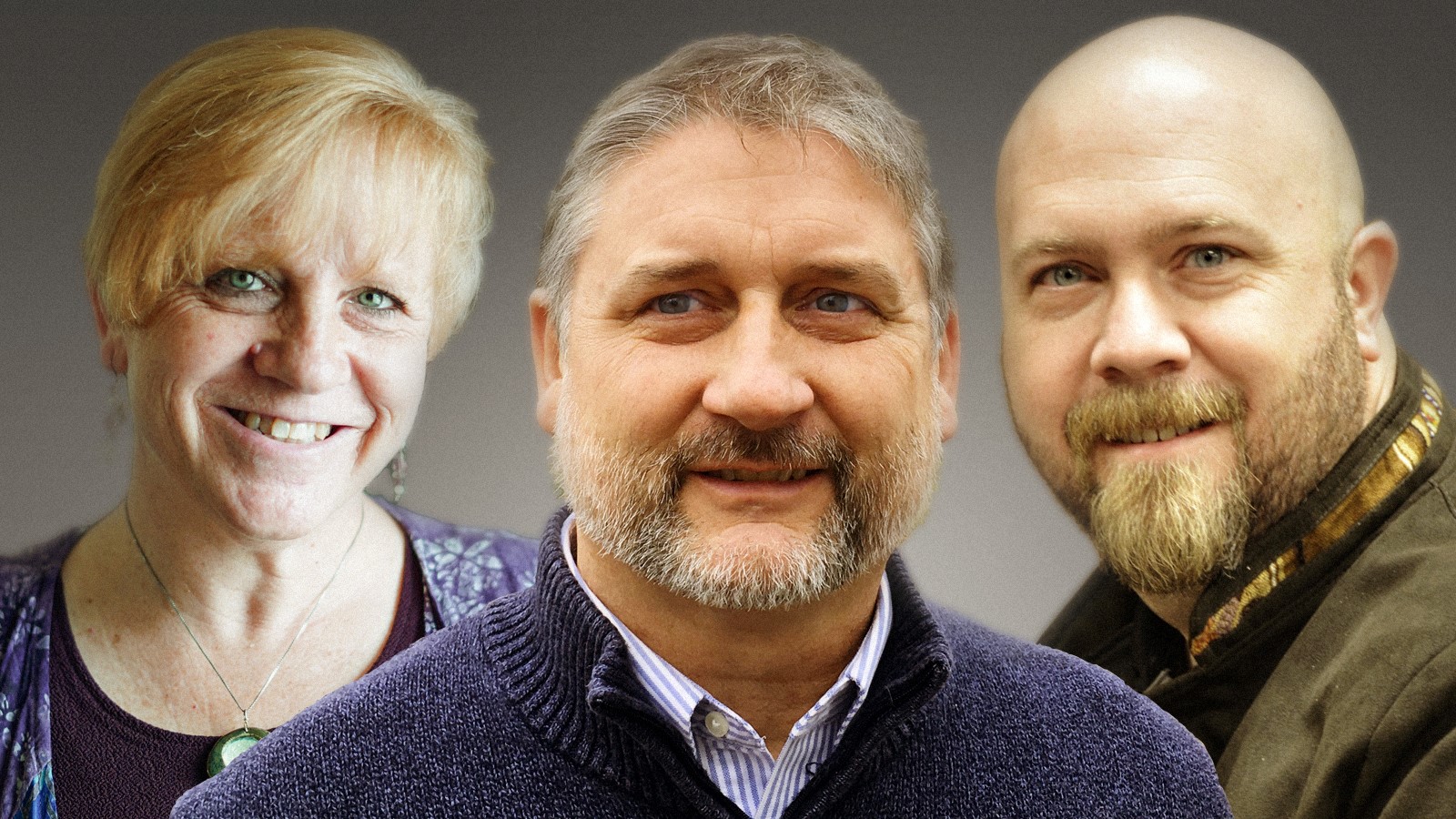 The Rev. Mylinda Baits is a pastoral artist and trainer. After five years serving as IM regional consultant for Iberoamerica and the Caribbean, Baits has accepted a new role as global consultant for Training through Restorative Arts. In this position, which will begin on January 1, 2018, she will partner with IM colleagues, national church leadership and social change organizations around the world to seek justice, healing and transformation through restorative art and creative expression. Compelled by Jesus’ prayer that God’s kingdom come “on earth as it is in heaven,” (Matt. 6:10) Baits will create opportunities in which servant leaders and those who do the hard work of rescue, relief and restoration can be nurtured and renewed. Mylinda Baits and her husband, Gary Baits, were commissioned as IM global servants in 2000 to serve in Costa Rica. The couple currently resides in the state of Washington, where Gary is now working as a high school Spanish teacher.

The Rev. Ray Schellinger began serving as IM global consultant for Immigrants and Refugees on July 1, 2017. In this role, he networks with IM colleagues and international partners that work with refugees and displaced peoples, helping to strengthen their ministries, find needed resources and build capacity. Schellinger works to construct bridges between U.S. and Puerto Rican churches and IM’s global partners, providing opportunities to serve some of the most vulnerable people in the world. In addition, he hosts several volunteer teams per year in international cross-cultural settings where they learn about the struggles of migrants, the realities of global immigration and border policies. Ray and his wife, Adalia Gutiérrez Lee, were commissioned in 1994 to serve as missionaries in Nicaragua. The couple currently resides in Pennsylvania, where Gutiérrez Lee serves as IM area director for Iberoamerica and the Caribbean.

“We live in a world full of forces of dehumanization,” said the Rev. Dr. Ben Chan, director for global consultants. “It is our mission to affirm and restore the image of God of all peoples for whom Christ died. I am so thankful that Ray and Mylinda are in active ministries restoring human dignity and the beauty of God’s creation.”

The Rev. J.D. Reed serves as a regional missionary for Theological Education working with IM partners and global servants to prepare church leaders throughout Iberoamerica and the Caribbean. As of December 1, 2017, J.D. began serving as program coordinator and adjunct professor for the Master of Theological Studies Latino/a Ministries Program for Palmer Seminary of Eastern University. J.D. Reed lives with his family in Santa Cruz, Bolivia, where he and his wife, Rhonda Reed, support the ministry of the House of Hope. The Reeds were first commissioned for service in Bolivia in 2011.

“J.D. has much to offer in Theological Education around the world,” said Adalia Gutiérrez Lee, area director for Iberoamerica and the Caribbean. “This is especially true now as he serves as coordinator of the much-needed Masters in Theological Studies program in that region. There is a great need for well-educated and compassionate Christian leaders in our society who can teach and model being Christian as a way of life, and not only a matter of doctrine.”

International Ministries, also known as the American Baptist Foreign Mission Society, works cross-culturally to invite people to become disciples of Jesus Christ and to proclaim, through both word and deed, God’s reign of justice, peace and abundant life for all creation.