ABCUSA > In the Spotlight > Generosity is Profound 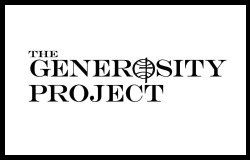 While North Americans as a whole are some of the most materially-rich people in the world[i], you might not think so based on our generosity. Financial giving by US and Canadian residents has hovered between 2 and 3 percent for decades[ii]. And on average, the percentage of giving by Christians is no different[iii].

Christians from other cultures can teach us a great deal about discipleship in general and generosity in particular. I once learned an important lesson myself, right here in the US.

In my employment just prior to my current job, I was part of the development team, and attended many middle judicatory gatherings. We were encouraged to be cost-efficient in our travels. Since our organization’s existence and our livelihood were possible because of the generosity of others, this was good advice.

As I prepared to attend one particular conference, I was quite pleased with myself. I had to fly there, but was able to pack my personal things (including sheets, towel, and other personal items necessary for lodging in a camp setting) and promotional materials without the need for checked baggage—and extra expense. The only thing I couldn’t manage to include was a pillow. “No matter,” I thought, “I’ll ‘rough it’ for one night,” by rolling up my towel as a pillow. First to arrive at the camp lodge, I chose a bottom bunk in the corner by the wall, made the bed, and then left for the rest of the day’s activities.

I discovered later that all my roommates were from a congregation of primarily Haitian immigrants who were the women’s half of a large choir. Their joyful singing was an inspiration to all at the evening worship service. Later, while they were settling in at the lodge, I chose to sit outside on the porch swing and enjoy some quiet time in the pleasant air. Soon the women’s voices—in Creole—wafted through the open windows. From the cadence I guessed that they were praying the Lord’s Prayer in unison.

Finally, when I thought most of the women were prepared for their night’s rest, I quietly entered the room. I exchanged smiles with a few of them who were still milling about. As I approached my corner, I stopped.

There was a pillow on my bed.

These women—who most likely endured more “rough nights” than I will ever experience and can even imagine—were observant enough to notice that I had no pillow, and generous enough to share one of theirs with me. I confess that I did not do well with my own attentiveness, or in expressing gratitude for their gift. I don’t know if one of them slept without a pillow that night. They had to depart early the next morning, and I didn’t interrupt their hustling, bustling packing with a loud “thank you!” to the group. I didn’t express appreciation to anyone individually, either. And of course, I had so many pillows at home that I didn’t even know the exact count. More motivated by guilt than courtesy, I just silently slipped away. Soon the pillow, its owner, and the group were gone.

“The point is this: whoever sows sparingly will also reap sparingly, and whoever sows bountifully will also reap bountifully. Each one must give as he has decided in his heart, not reluctantly or under compulsion, for God loves a cheerful giver.” (2 Corinthians 9:6-7, ESV) The pillow-giver got the point. This simple gesture was quite profound. She was being generous and faithful with what she had—whatever she had. I don’t know if she recalls her kind act from many years ago, but I have not forgotten. It serves as a counter-balance for me when my thoughts and actions related to good stewardship begin to stray into a scarcity mindset. It reminds me that I still have much to learn about giving sacrificially with a joyful spirit. It encourages me to keep improving on making my gratitude known—to God for the immeasurable blessings we receive, and to others who share their generosity with me.

[iii] “Tithing In Canada: Churchgoers Divided Over Donating Percentage Of Their Income” Huffington Post online http://www.huffingtonpost.ca/2012/08/12/tithing-canada-church_n_1703526.html and “What Would Happen if the Church Tithed?” Relevant online http://www.relevantmagazine.com/god/church/what-would-happen-if-church-tithed

Bio: Marcia Shetler became the Executive Director/CEO of the Ecumenical Stewardship Center in March 2011. She holds an MA in philanthropy and development from St. Mary’s University of Minnesota, a BS in business administration from Indiana Wesleyan University, and a Bible Certificate from Eastern Mennonite University. She formerly served as administrative staff in two middle judicatories of the Church of the Brethren, and most recently was director of communications and public relations for Bethany Theological Seminary in Richmond, Indiana, an administrative faculty position. Shetler’s vocational, spiritual, and family experiences have shaped her vision and passion for faithful stewardship ministry that recognizes and celebrates the diversity of Christ’s church and the common call to all disciples to the sacred practice of stewardship. She is grateful for the blessing of connecting, inspiring, and equipping Christian steward leaders to transform church communities.