Resourcing Regions at May Annual Meetings

ABCUSA > In the Spotlight > Resourcing Regions at May Annual Meetings

Rev. Dr. C. Jeff Woods, associate general secretary for Regional Ministries, travels regularly and serves as a resource to regions through his position with the ABCUSA Office of the General Secretary. Below, he reflects on two recent visits to annual meetings of two ABC regions.

It was an honor to be present at two regional Annual Meetings during the first week of May, in the American Baptist Churches of Nebraska and in the American Baptist Churches of Greater Indianapolis. ABC of Nebraska built their theme of “No Quick Fixes” around a presentation that they had heard me do in another location. I was asked to speak during a plenary session and conduct a workshop for pastors on this theme.

For me, the theme surfaced several months ago when I realized that most congregations have spent the last forty years searching for a quick fix to their core purposes, namely, evangelism, worship, outreach, and discipleship. 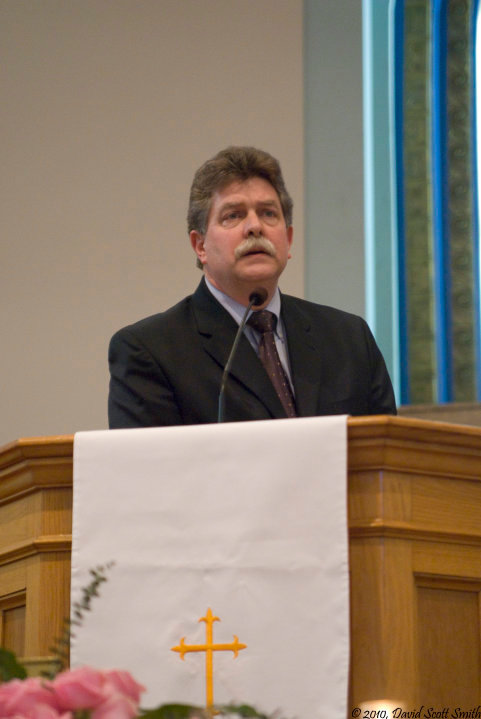 During the 1980’s, leaders looking for a quick fix to evangelism bought into church growth principles. During the 1990’s leaders searching for a quick fix to attract young people poured all of their resources into contemporary worship. During the first decade of 2000, a missional church emphasis was seen as the answer to the congregation’s problems and prior to that, cell groups were touted as the answer to discipleship. Still today, too many congregational leaders hunt for that quick fix to solve perceived problems of budgetary and membership decline.

Over the last several years, we have learned that strategies aimed directly at church attendance, in the form of church growth strategies, seldom work and can actually worsen the situation by sending a message of desperation to potential newcomers. Yet, leaders still ask for quick fixes and authors still profit from selling them. Church attendance is more correctly seen as a byproduct of being a healthy congregation overall.  “Paul planted, Apollos watered, but God gave the growth” (I Cor 3:6).

During the day long workshop with pastors, I aimed to show how to take a more comprehensive approach to engaging healthy church concepts. For instance, we know that vibrant worship correlates with the overall health and growth of congregations, but there isn’t one style of worship that leads to vibrant worship. In the same way, we know that a sense of focus is appreciated by both new and older members alike, but what the congregation focuses upon must fit their context, not the latest quick fix offering. In articulating and building ownership of a vision, aligning the congregation’s budget and small groups with those priorities is the real key to congregational health.

The sources of the data that I present come from a variety of sources including research journals and conferences and occasional service on think tanks sponsored by the Lilly Foundation and others.

Executive Minister Robin Stoops and Associate Executive Minister Greg Mamula are two region staff members who are keenly aware that church revitalization requires side by side hard work with congregational leaders rather than flaunting quick fix resources. I was impressed by the depth of relationships and numerous problem solving conversations that I witnessed Robin and Greg having with their pastors and church leaders.

The Annual Meeting of the American Baptist Churches of Greater Indianapolis was equally inspiring.  I always enjoy the opportunity to visit the place where I grew up and spend some time other American Baptists in Indianapolis. But, this event was nothing like the events that I grew up participating in. As I told those gathered in worship that night, “This isn’t your grandmother’s Annual Meeting!” as the evening opened with a Congolese choir and included a large percentage of worshipers from Burma and several other countries. During the worship service, Executive Minister Joan Friesen “uploaded” the sermon from the participants by asking people to identify where God is at work rather than asking the people to listen to a traditional message or presentation. The theme of this region is “Congregations helping congregations” and they truly live out this theme.

Prior to the worship service, I was asked to provide an interactive afternoon with those gathered as we explored the five principles of “Joining God in the Neighborhood,” a part of the Transformed by the Spirit initiative. The five principles are: listening, discerning, exploring, reflecting, and deciding.

It is always a joy to engage with other American Baptists in their large group gatherings. It was particularly stirring for me this May.