When Your Pastor Departs, Transition Ministries Holds the Key to a Bright Future

ABCUSA > Bringing Together American Baptists > When Your Pastor Departs, Transition Ministries Holds the Key to a Bright Future

Change is inevitable. Churches today routinely face declines in membership and finances. Add to such challenges the departure of a pastor and tensions over ongoing difficulties may ratchet up, according to the Center for Congregational Health in Winston-Salem, N.C.

“A pastoral transition is a critical, but potentially fruitful, time for a church,” explains Rev. Dr. Patricia Hernandez, the national director for Transition Ministries for American Baptist Churches USA (ABCUSA).

“Some churches just want to rush ahead and ‘find a pastor’ quickly,” Hernandez says. “Even if they decide to call an interim pastor they can sideline any thought of using this time constructively in favor of feeding their anxieties about change and not dealing with the natural grief of losing a pastor. They also need to know themselves better before pursuing new pastoral leadership.” If the departing pastor has served for a long time or happens to die while serving a church, the grieving process may be more extended and pronounced.

Thus, the Center for Congregational Health concludes that effective use of interim time “can shape congregational growth, identity and health for years to come. What is done in interim time determines whether a new minister, staff and congregation will form a solid ministry team. It is a time for a congregation to answer the questions, ‘Who are we?’ and ‘Who is God calling us to be in the future?’”

“I think many of us were taken aback by Pastor Bill’s quiet, unassuming manner, especially compared to the leadership style we had known before,” says Chris Bloss, M.D., a member of the congregation’s Transition Team, who serves as an OB/GYN physician in his daily life. “I felt some frustration because I thought we had already accomplished some of the transition work he was guiding us through in a previous search process. Later I came to appreciate how Pastor Bill was able to guide us and get full congregational participation in the process. By the end of the transition time we had a new purpose statement, a new vision, new priorities for ministry, and had a completely revised and updated constitution which would help propel us into a single board governance. I could see how our feeble efforts as the initial search committee were halting and nearsighted. Pastor Bill is truly gifted in helping you move to where you need to be, without your necessarily realizing that is what he is doing. He was truly used by God during his time with us, especially when we had a candidate for whom we had to withdraw a call. It was a long process, but I could see that Greg Staples and Damaris Cami-Staples (a clergy couple) were the pastors that God had planned for us all along.”

“I find that new pastors arriving at a congregation often face two major challenges,” explains Greg Staples, who himself has served as an interim pastor in three settings during his career. “First, the congregation compares the new pastor to the old one, and second can come internal conflict the new pastor has to try and resolve. In both instances an interim can play a crucial role in paving the way for a successful transition. When we arrived at Clifton Park Center Church I could tell that the people were ready to put the past behind them, work together and press forward in the ministry to which the Lord is calling them. I attribute this to both who they are, a loving, caring congregation, and to the effectiveness of the interim ministers who preceded us.” 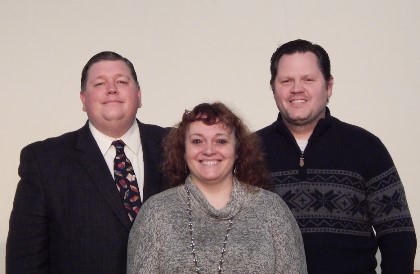 “The interim period after a pastor leaves is a critical time for a congregation to retool, readjust and shift,” explains Rev. Jerrod Hugenot, associate executive minister for ABC New York State Region. Hugenot oversees interim ministry for the 294 congregations located in that Region. As many as 30-40 congregations may be at some stage of interim ministry at any one time, he says. Hugenot notes that an interim minister will often perform all the usual duties of a parish pastor during a period of transition or interim ministry. 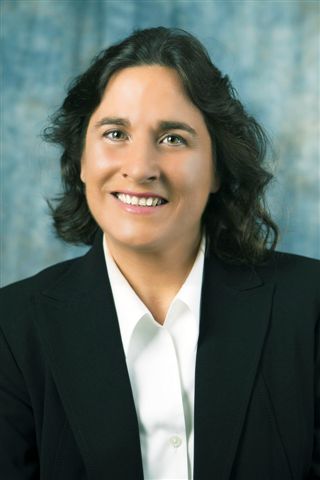 Hugenot praises Hernandez’s ABCUSA partnership with Regions across American Baptist Churches. “Many of us in ABCUSA regions have solid interim ministers,” he explains. “But within the resources of our regions we may not always have the right or best person for a congregation’s particular set of needs, such as dealing with profound conflict. And so it is good to be part of a broader network where we are able to call upon specially trained pastors when it becomes necessary.” Hugenot also gives credit to Hernandez for her role in refreshing and revitalizing the Transition Ministries process across the denomination. For Hernandez, Transition Ministry is a part-time role. She is also national director for American Baptist Women in Ministry. Another key leader for Transition Ministries in ABCUSA is Rev. Lawrence O. Swain, region executive for ABC Ohio Region. Swain serves as volunteer Transition Ministries coordinator for ABCUSA.

Tatum likewise appreciates the Transition Ministries office of ABCUSA. “Working with regions it seems to me the office does a great job helping congregations identify effective interims,” Tatum says. “Without the office more congregations would drift during the interim time. I am quite appreciative of what the Transition Ministries national office does to arrange the details of interim assignments.”

Tatum believes there are three primary attributes for an effective interim minister. “The first is a non-anxious presence,” he says. “Congregations in Transition are extraordinarily anxious. A non-anxious interim can do much to mitigate anxiety.” Second, he believes an interim must be willing to accept congregational authority. “Transition decisions are the congregation’s decisions. My role is to facilitate, ask good questions, not to guide a congregation toward a particular decision.” Finally, an effective interim needs to have gifts for pastoral ministry “because most congregants will see the interim primarily in that way.”

Transition Ministry or interim ministry is hardly a new concept for ABCUSA and other Christian denominations like the Evangelical Lutheran Church in America. Hugenot, a pastor the past 12 years, grew up in Southeast Kansas and knew an interim minister well during his high school years. It was an interim minister, in fact, someone close to Hugenot’s family, “who talked me into the idea of pastoral work.” Hugenot graduated from Ottawa University in 1997, attended Central Seminary 1997-2002 and was ordained in 2004. His points of service have included First Baptist Church in Bennington, Vt., before becoming a regional executive in New York, where he has served the past three years.

“The first generation of interim ministers dates to the late 1960s and early 1970s,” Hugenot says. In the 1990s the role of the interim minister became more commonly experienced. Since the late 1990s transition ministry has faced challenges because of declining membership and resources in many congregations. “In these times a church can be more at peril than ever without interim ministry,” Hugenot explains.

Interim ministers receive special training for their roles. They can be full-time or part-time. Compensation is based upon the package of the previous pastor or the package under consideration for use with the next pastor. A covenant agreement spells out the expectations between a congregation and the Interim. The Interim has an accountability group designated in the covenant.

The skilled interim minister and the congregation will focus on growth, healing, renewal and revitalization of the church during the interim period.

What are the areas of focus during a typical transition?

“Transition Ministries continues a long tradition of ABCUSA providing pastors to serve as Ministers-At-Large (MAL) or interim ministry specialists,” Hernandez says. “Many congregations remember fondly the pastor who served through the TM program and its predecessors, and how those pastors offered wisdom and encouragement when anxiety and uncertainty could have otherwise defined the key time between the departure of one long-term pastor and the calling of another one.”