The children’s home—devoted to caring for Native American children who have been victims of neglect or abuse—has been supported in its mission by ABHMS and its predecessor organizations since Murrow’s founding in the late 1880s.

Murrow declined a gift of $100 from the Muskogee Atheist Community because the gift came with a requirement for advertising the donor’s name in a related program book. For Murrow Indian Children’s Home—founded on a deep faith in God and the salvation offered the world by Jesus Christ—it is contradictory to promote another world view so antithetical to its own. It challenges the integrity of Murrow’s most central values and principles.

Standing true to its faith and principles, the children’s home has also declined to accept funds raised through a GoFundMe page, initiated by the Muskogee Atheist Community. The crowd sourcing effort was not requested or authorized by Murrow. It would be even more contradictory to accept these funds just because the donation would be greater. Murrow’s principles, faith and values are not for sale to the highest bidder.

“It is critically important to recognize that the Muskogee Atheist Community’s insistence that Murrow accept a monetary gift in exchange for advertising the community in its printed materials—and then threatening to use its muscle to shame and embarrass Murrow—is blatant bullying. Murrow has not taken a stand against anyone or any cause,” says ABHMS Executive Director Dr. Jeffrey Haggray. “They have taken a stand in favor of the religious principles that have informed and undergirded their work for more than 100 years, which include performing their acts of charity quietly.”

Susan Gillies, interim general secretary of American Baptist Churches USA, affirms the faith and values that drive Murrow Indian Children’s Home: “Throughout my years of service to American Baptist Churches USA, I have been moved by the ministry of Murrow and the faithful ways its brings God’s love to the most vulnerable among us, nurturing children in crisis to physical, psychological and spiritual wholeness. Christian faith has always been the cornerstone of this important ministry.”

American Baptist Home Mission Societies—a mission organization of American Baptist Churches USA—ministers as the caring heart and serving hands of Jesus Christ across the United States and Puerto Rico through a multitude of initiatives that focus on discipleship, community and justice.

American Baptist Churches is one of the most diverse Christian denominations today, with more than 5,200 local congregations comprised of 1.3 million members, across the United States and Puerto Rico, all engaged in God’s mission around the world. 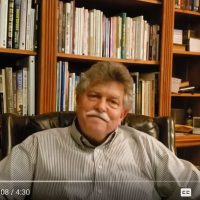