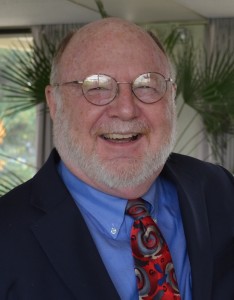 General Secretary Emeritus A. Roy Medley and other American Baptist representatives traveled to participate in the Baptist World Alliance Annual Gathering in Vancouver, Canada from July 4-9, 2015. The blog below was written by Medley.

Different Contexts, but Bound Together

The engagement with the global church Is foremost in any Baptist World Alliance (BWA) gathering. Those present at the BWA come from different contexts, but are bound together in the financial impact of Brexit (the United Kingdom withdrawal from the European Union), terrorist acts inspired or directed by ISIL/ISIS, the pending U.S. Presidential election with its global repercussions, the rise of anti-refugee sentiment and nativist political leaders with an increase in race-related attacks in the West, and the changing moral climate.

As we considered the global challenge of migration, sending and receiving countries were both present.  Emotions and attitudes differed at times from regions and localities where strife or famine drive people from home or homeland in contrast to those who are enmeshed in situations where culture and finances are being stretched by the arrival of the destitute and homeless from a different religious-cultural background.

Much in these encounters is sweet. Facing someone from a church under duress from persecution, one is immediately gripped not by their suffering alone, but also by their faith, resolve and courage as they live a cruciform life whose hope is grounded in the resurrection.  One preacher addressing the topic of persistence in suffering likened it to “hope gritting its teeth and refusing to let go.”

As the global churches gather, one’s own national perspective becomes but one perspective among many. I sit as an American among Baptists from the Middle East, Europe, Africa, Asia, and Latin America.  Often, I receive praise on behalf of the role American Baptist Churches USA (ABCUSA) has played in planting the gospel and speaking against injustice. Other times, I am forcefully challenged as the history of western colonization and imperialism or recent U.S. foreign policy is put front and center as the root of strife in Africa and the Middle East.

There are challenges within BWA related to issues of power and dominance in the life of the global church.  Many of these grapple with the relationship of younger and older churches, north and south. One of the thorniest issues that gripped the General Council was the issue of the future of BWAid and the organizing of a network of mission agencies from the global north parallel to BWAid. Several years in the making, and in part a critique of BWAid, this network nonetheless was seen by some as an exercise in power by the old, dominant, mission agencies.  In the course of the meeting, these differing perspectives clashed and strong exception was taken by some to public statements that had been made.  The will of the body, however, was that this potential breach be dealt with forthrightly and transparently with an eye toward reconciliation and unity. It was, undoubtedly, one of the most difficult but finest moments of the meeting. We prayerfully await the work of a taskforce the president has named.

Worship is always central to our life and meetings at BWA, and is refreshingly rooted in the life of the churches and their experiences and the word.  Remembering that violence drove the Holy Family to be refugees in Egypt, we began our worship on Tuesday with a focus on the refugee crisis. On Wednesday we heard from First Nation/Native American voices.  On Thursday, we confronted the suffering of the world and the question, “Where is God.”  On Friday, we prayed for the United States as it wrestles with racism and violence. Worship became a laboratory for transformation.

Substantive work by the BWA is accomplished through 19 commissions. They range from a focus on mission and evangelism to peace, freedom and justice. Over the past several years, ABC has worked hard to bring younger leaders and more diverse voices to serve on these commissions. 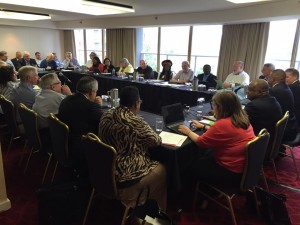 Currently I head the newest commission, one on interfaith relations, where ABC folk, Raimundo Barreto, assistant professor of World Christianity at Princeton Theological Seminary; and Atola Longkumer, associate professor of Religions and Sanskrit at Leonard Theological College in Jabulpur, India, also serve.  The urgency of its mandate is heightened by the ongoing conflicts around the world that have religious overtones.  It has been encouraging to see two new initiatives from the Muslim world: the Marrakesh Declaration dealing with the rights of Christians and others in Muslim majority countries and similarly the Erbil Declaration, which is specific to Iraq. Muslim leaders from Vancouver and the pastor of First Baptist Church, Vancouver, who have been in dialogue, joined us Friday evening.  When we meet in Bangkok next year, our attention will shift to consider the situation of Baptists with regards to the Buddhist and Hindu faith communities among whom they live as a minority.

BWA is facing a sea change in staff due to retirements and resignations to undertake other ministries, leaving no current program director on staff after August. These vacancies offer both the opportunity to reshape staffing to fit new priorities, while also presenting BWA with the immediate challenge of delivering program resources. A special commission will seize the liberty of this moment to rethink the staffing pattern reporting back no later than 18 months from now. Interims will be sought to assist until then.

In its sessions, the General Council of the BWA dealt as well with the following matters:
• The establishment of an evangelism award.

• Preparations for the 2020 Baptist World Congress to be held July 20-26 in Rio de Janeiro, which will be the first one to also include the BWA Youth Gathering.

• Adoption of three resolutions:
a) On Ministry to Refugees
b) Violations of Religious Liberty in the Lake Chad Area and Nigeria, and
c) Climate Change

• Election to General Council including Leo Thorne, who retires in August as Associate General Secretary of ABCUSA, and to Executive Committee including Roy Medley.