“Leo Thorne has made an enormous contribution to American Baptist life,” said Dr. Susan Gillies, interim general secretary for American Baptist Churches USA. “He has effectively interpreted our mission and upheld the vision for United Mission giving during financially difficult times. In addition to his leadership in management, I believe we are all most grateful for his pastoral presence with us. His counsel during this “interim” time in the Office of the General Secretary has been an immeasurable gift. I will sorely miss him but pray God’s richest blessing on his continuing ministry in retirement.” 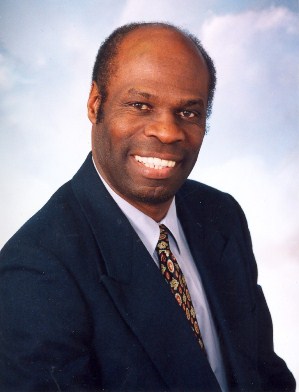 Thorne said, “It has been an honor and a privilege to serve Christ in the Office of the General Secretary, and my ten years were blessed with many moments of joy, and challenges, of course. I am more hopeful now than I have ever been about the positive way the Spirit is transforming our ABC family. God be praised!”

As associate general secretary, Thorne has provided leadership for the department of Mission Resource Development within ABCUSA Office of the General Secretary. While serving in this role, his major ministry responsibilities have included United Mission, stewardship, communication, and the ABC Biennial Mission Summit, always keeping the focus on communicating the vision and mission story of the denomination. In addition to these core areas, Thorne has represented ABCUSA Office of the General Secretary at various national and international meetings and ecumenical gatherings, as well as through preaching and visiting local churches and regions. A full schedule of speaking and preaching engagements has enabled him to raise awareness of the opportunities that local American Baptist congregations have for mission.

In his role as the Biennial Coordinator for the ABC Biennial Mission Summit, he has overseen planning and coordination for this event and worked closely with a national team of staff and ABCUSA partners, along with the Biennial Mission Summit Planning Team, to make the event a success for the American Baptist family “serving as the hands and feet of Christ.”  This branding emphasis is now being widely used across the denomination.

Thorne was highly involved with the inception of the ABCUSA Matthew 25 grant program originally introduced in December 2012, with anywhere from 35-80 applicants each year in spring and fall cycles. He has worked with the Discernment Team to review Requests for Proposals and make possible the distribution of funding given by a generous donor.

Thorne was instrumental in the creation of an annual reception for American Baptists attending the Hampton University Ministers Conference in Hampton, Virginia. He has worked with a broad-based ABC team to plan and sustain this annual Reception for ABC attendees, now in its 8th year.

Thorne has also worked for many years in community building in intercultural and ecumenical settings and has advocated for justice and fair treatment for all people on state and local levels. He has served with a number of ecumenical agencies, boards and committees, including current service on the Board of Bacone College in Muskogee, OK. He also served on the board of the American Baptist Assembly (Green Lake Conference Center), ending his tenure on this board in  2015, and on the board of Baptists Today, as a way of enhancing ABCUSA’s connection with a broader constituency. This connection has also included continuing service on commissions and committees related to the Baptist World Alliance.  He currently chairs the Communications Committee and is a member of the Membership Committee.

Thorne was invited to be part of a Working Group of religious and community leaders involved in conversations around the Secretary of State’s Strategic Dialogue with Civil Society. He has continued to work with some of the U.S. State Department’s religious freedom activities.

Prior to his work with ABCUSA Office of the General Secretary, Thorne was an associate professor of English; he served as a pastor in culturally diverse settings for over 15 years in Trinidad, West Indies (his birthplace); Brooklyn, N.Y.; Oakland, N.J.; and Kansas City, Mo. As a member of the Riverside Church in New York City, he, for several years, led the liturgy, preached, and served on numerous committees focused on spiritual nurture and worship. His book, Prayers from Riverside (Pilgrim Press), was updated and re-issued in November 2012.

Thorne was awarded an honorary doctorate by the American Baptist Seminary of the West in May 2013. He is married to the Rev. Dr. Yvonne Martinez Thorne, an ordained American Baptist clergy and a licensed counseling psychologist.