Ministry Story Opportunity – How God used a Basket of Sandwiches to Build a Bridge to Camden, and Beyond, Woodbury, New Jersey

ABCUSA > In the Spotlight > Ministry Story Opportunity – How God used a Basket of Sandwiches to Build a Bridge to Camden, and Beyond, Woodbury, New Jersey

Ministry Story – How God used a Basket of Sandwiches to Build a Bridge to Camden, and Beyond – Woodbury, New Jersey
Transformed by the Spirit, Ministry Story Opportunity

Central Baptist Church is located in the blue collar City of Woodbury, Gloucester County, NJ.  Technically Woodbury is considered an “inner city” area, with a diversity of ethnicities, income and education levels. There is a small town feel to the main street.  Our residents are dealing with bank foreclosures, unemployment and empty storefronts. But for all that, the town retains a sense of community.

At Central Baptist, we believe in counting our blessings, and then sharing what we have with those in need.  We believe that if we let God’s love shine out through us, the world will be a better place. This is the story of how one small mission caused ripples in the world around us.

On a hot Saturday in 2005 a group of Central Baptist church ladies wanted to drop off a basket of sandwiches to a local Camden church. The City of Camden is 7 miles and a world away from the City of Woodbury. The donation was part of a larger call for donations, and all would be given to the Cathedral Kitchen, a Camden City food bank.  But the well-meaning church ladies got the date wrong. There was no one there to receive the sandwiches.  So, in the way of all church ladies (who always follow through on a commitment) they drove into the center of Camden and stood outside one of the local homeless shelters with their basket of goodies.  The homeless shelter was also closed, as it was Saturday.

On this 90 degree day, there were many homeless souls milling about in front of the building who were hungry and very thirsty. They explained to the church ladies all the local facilities that helped the homeless only opened Monday through Friday in the summer. There were not enough sandwiches to feed everyone, but some of the gentlemen shared the meals that were distributed with the women and children present.  The church ladies hearts were touched by what they saw, and a mission was born.

With donations and volunteers, Central Baptist began to pack 50-75  bag lunches every week, along with an abundance of frozen water bottles. They were delivered directly to the folks living on the streets. In addition to food, we sometimes included scriptures,  we sometimes prayed with those who were hurting, we added names to our prayer list in church, we gave out hugs. And we listened. We heard stories from men who carried family photo albums like prized possessions into homeless camps, fathers who missed their children but were proud of sons and daughters who graduated high school. Women on their way to their weekly rehab would check-in to talk about how God’s love saved them.  We probably received more than we gave in delivering our small gifts. Summer turned into fall, and the seasons rolled on. So did the lunch program. 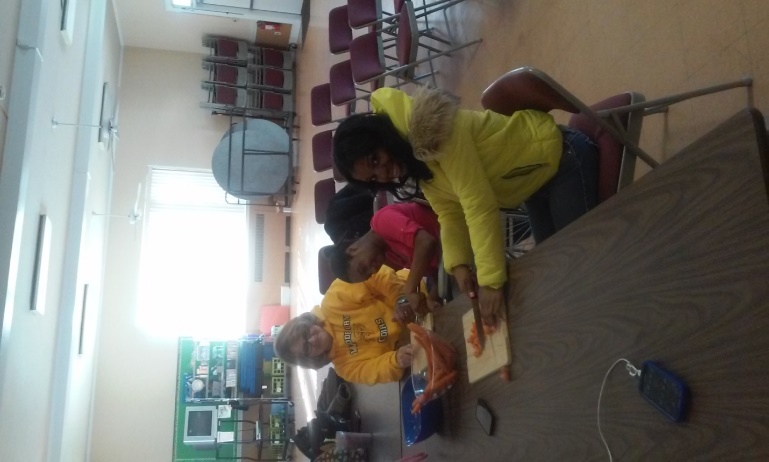 Packing so many lunches each and every week was a lot of work, so we involved our teenage children and their friends. Soon word spread and volunteers from outside Central Baptist came to help. Some came once or twice, or only certain times of year. Some came every week. Some of our volunteers had never stepped into a church before. Educators from the school heard about the Camden Mission and volunteered their time and their students. The Woodbury Jr/Sr High School conducted a “coat drive” in the winter. Volunteers from the Mt. Laurel office of Bank of America made sandwiches on Friday lunch hours.  An employee at the office was also a scout leader in Burlington County. His Boy Scout troop volunteered time and service, collected clothes and toiletries.  A middle school student in another county conducted a “coat and blanket” drive the following winter, while the Woodbury Jr/Sr High school conducted a “warm white sock” drive.  Central Baptist offered food and consolation, helped reunite one homeless man with his long lost godfather, helped another fly to Florida to be reunited with his brother, listened to the testimony of how God worked in many lives.  In 2007 Central Baptist was recognized with a $5000 donation by Emily Post and the “National Thank You Day” committee for the work of the Camden Mission. To date the Camden Mission has been in existence for 10 years, and people on both sides of the mission continue to be blessed.

The Central Baptist Camden Mission grew. It gave birth to a spinoff Mission with a mixed-age classroom in the Woodbury Jr /Sr High School.  The students from Thilana Chandler’s class all have a disability classification from the state of New Jersey. One young lady had extremely poor vision that made it difficult for her to participate in a regular class; another young man had a physical impairment that made it difficult for him to hold & manipulate objects. One child was in a wheel chair, several were diagnosed with ADD or behavioral issues. Once a month these students all make a field trip to Central Baptist Church. Bob Miller, a member of the Central Baptist congregation, coaches them through a cooking lesson while they prepare food that will be distributed on the streets of Camden on Saturday.  They also work together to prepare the food they will enjoy for lunch.

For the first 2 years working with these student, Mr. Miller fielded questions like “How much do you charge for those lunches?”, “Why do you give food away?”, and “Why do you feed homeless people? Aren’t the homeless all crack-heads? Why do you feed addicts?”. Since the class is a mixed-age group, those questions have stopped. Students who are familiar with the program from the previous year have learned empathy from hearing the stories we bring back from the streets. The older students mentor the younger ones and have ready answers.

In school, children can be ostracized for being different. At Central Baptist these students find they have the ability to help other people who are less fortunate. This mission lets them know they aren’t God’s forgotten children, that they have value and have the ability to do good in the world. For some, it’s their first exposure to a church, and to the concept of generosity–that was a shock to some of the members of Central Baptist.

At first, students entered the volunteer program with a mindset of “no one does something for nothing”. We spoke with them about the people we meet on the streets of Camden, explaining they are mothers, grandfathers, brothers or sisters. Some lost jobs or had medical issues, some just made poor choices and couldn’t seem to recover.  The children began to feel compassion. A few questioned their own decisions because they “didn’t want to end up like that”. We try to let them know the two most important instructions for Christians are to “Love God first” and “Love your neighbors”.

Over the years we’ve seen these students grow and change. By the time they graduate, the feel more confident and empowered, they are more focused and more skilled. They develop a perspective on the world and seem to understand all life has value. Former participants stop in to update Mr. Miller on their lives and their jobs, they bring pictures of their children. Some students used the cooking skills they learned at Central Baptist to find work in local restaurants. Now, in addition to the Camden Mission and the Mixed-Age Classroom Mission, Central Baptist is also the hosting site for the Boys and Girls Club of Woodbury. Mr. Miller works as the liaison and works actively with the children twice a week, teaching chess and origami.  We’re waiting to see where this interaction will take our church. And that is how God used a mis-delivered basket of sandwiches to build a bridge to Camden, and to touch lives all over South Jersey.