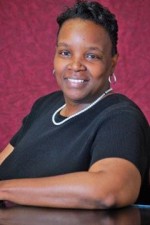 We began our journey in 2012 as an Adaptive Challenge Team tasked with an unanswered Challenge: the domestic violence being experienced in our homes, churches and communities.  The Team drew from six churches of the Philadelphia Baptist Association, all of us with experience of domestic violence and its devastating effects.  Led by our consultant, The Rev. Valerie Andrews, we submitted to the Holy Spirit’s guidance with indwelling prayer for wisdom and understanding at the start of every meeting.

This submission to the Spirit led to our first transformative experience while writing a mission statement.  The first draft expressed a lot of hurt and anger towards The Church.  Our coach encouraged us to develop the statement and see it Transformed by the Spirit to an expression of hope in Christ.  As the ACT added members and became an Action Learning Team, the mission statement widened to include not just victims of domestic violence but perpetrators and those who fail to intervene: a full expression of our brokenness that needs God’s loving and righteous intervention. Thus, developing the mission statement was itself a redemptive act for us. 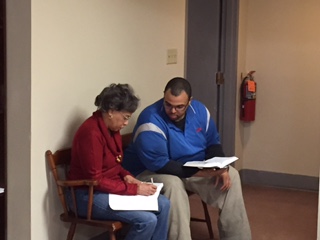 The Spirit’s work upon the ALT gave us renewed energy in 2013. This was very much needed as all of us are church leaders with significant institutional commitments in this tumultuous time of change.  The Team identified and connected churches with domestic violence ministries, created and distributed domestic violence resource materials and urged participation in the October 2013 National Domestic Violence Awareness Month throughout the PBA.  A number of churches obediently offered to God sermons, prayers and studies throughout the month, including several that had never done so.  This grew awareness of both the Challenge and the ALT’s efforts.

In 2014, the ALT developed an experiment that led to a second transformative experience.  The experiment sought to foster the repentance of God’s people so that the Spirit’s power would affect them and the Challenge.  The Team asked all PBA churches to pray 2 Chronicles 7:14 at 7:14 p.m. on Ash Wednesday – repentant prayer for a repentant season.  Follow-up found that groups had prayed in their churches and homes, others received the request by phone or text and had prayed wherever they found themselves.  This intentional dependence on the Spirit blessed a subsequent Saturday Breakfast Session.  There, two speakers presented difficulties that law enforcement and social work experience with handling domestic violence cases.  It was planned for about 20-25 people but nearly 50 participated, pouring out concerns, experiences and blessings well past the scheduled finish time.  Thus, the event was Transformed by the Spirit from a presentation event to an interactive time of God’s people sharing how the brokenness of the world had impacted their lives and the lives of their loved ones. 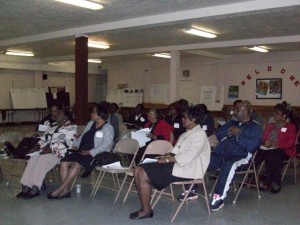 The ALT finished the church season with a presentation at the PBA’s 2014 Annual Meeting. This was again attended by a large group of engaged participants who made new connections between churches.  Their common desire is redemptive action against the Challenge of domestic violence.  From their devoted energy, it is clear that the Spirit is moving among the Association, growing the group of concerned members and churches. 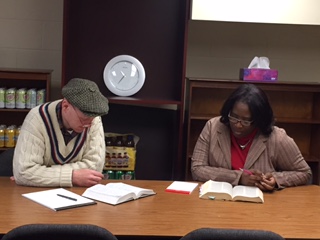 The 2014-15 church season began with new members and new goals as the ALT progressed into an Action Learning Community.  The ALC offered a prayerful workshop at our Women’s Ministry Conference.  Several attendees encouraged their pastors to preach and otherwise acknowledge the Challenge during National Domestic Violence Awareness Month, October 2014.  From this participation, more flyers and brochures were requested by churches, more hope is being shared, and more boldness seen among laity and leaders alike.

This spread of information and continuing prayerfulness resulted in a third transformative experience for us. We had been asking God to identify one who would serve as a Domestic Violence Representative for the PBA, and this bore fruit when a member asked Min. Pamela Richardson-Smith if she would consider the position. In her own words, “No one knew my passion for this [Challenge] when they asked – I was hit by the Spirit! I held back from saying ‘yes’ immediately because I had to pray about it, but I was so moved I could have wept. God is so good – only He knows how to put the pieces together!” We are joyful that our institutional life is also being Transformed by the Spirit as new leaders step forward with passion for the work and obedience to God’s call.

As 2015 continues, we look forward to providing training for ministers on handling domestic violence incidents safely and respectfully for all involved. This would include developing a best practices handbook, and a suitable crisis plan for every church. Additional resources and corporate support are being sought so that the Team’s work can be more consistent, persistent and thorough.

The need continues for support to all PBA churches ministering in and around domestic violence. The Team understands that only through God’s righteous power can such a difficult Challenge be answered until all see it has been Transformed by the Spirit.