Roy Medley, General Secretary of American Baptist Churches USA, along with a wide range of American Christian leaders, has signed a nonpartisan letter urging support for the IRAN Framework Agreement.  Medley was part of a U.S. Religious delegation that visited Iran last year.

A large and diverse group of Christian leaders today called on lawmakers to support the recent Framework Agreement on Iran’s nuclear program.

In a full-page ad (below) in Roll Call, the leaders affirmed the biblical commandment to seek peace and urged political leaders to support diplomatic efforts to prevent Iran from becoming a nuclear-armed state.  The ad was organized by Rev. Jim Wallis, Founder and President of Sojourners.

“As Christian leaders we are telling our political leaders: It is imperative that you pursue this agreement with integrity, commitment, and perseverance,” The ad says. “We will be praying for you.” 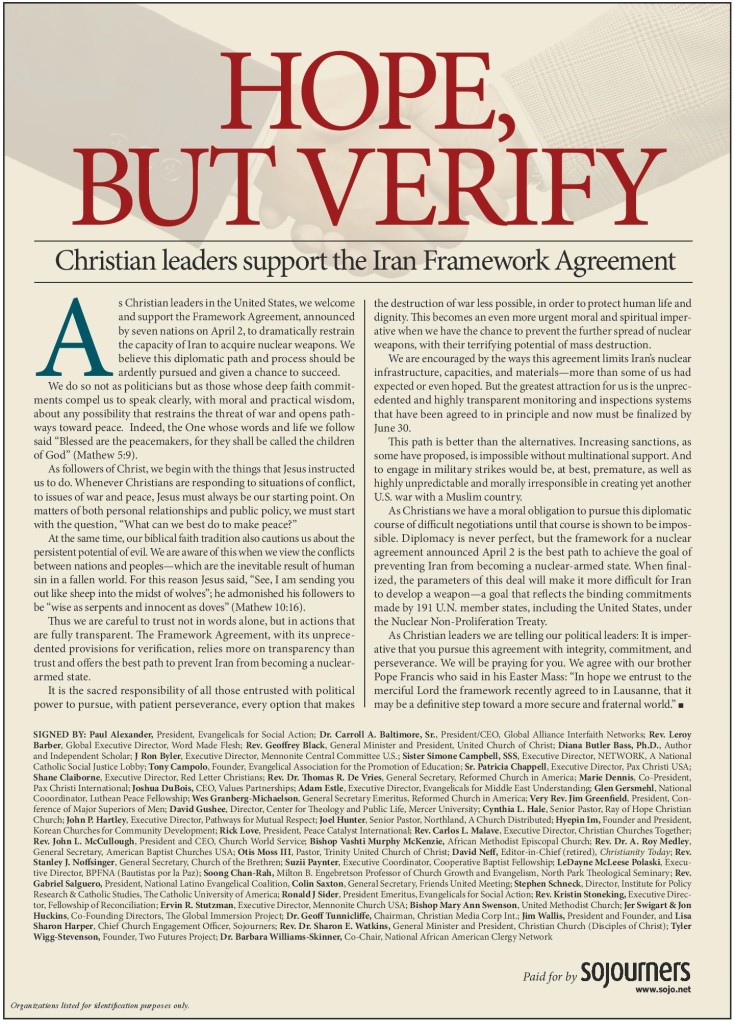