Ministry Story Opportunity: A Father To The Fatherless

ABCUSA > In the Spotlight > Ministry Story Opportunity: A Father To The Fatherless

Fathers. Most of us have fathers.  They teach us things:   life skills, how to tie a tie, how to drive a car, how to succeed at that job interview and how to follow God.

What about the millions of kids whose father is absent?  Maybe he left.  Maybe he never knew he had a child.  Maybe he passed away.  Those kids. What will they do?  How will they learn?  Do they know they are wanted, valuable and loved?  Do the boys know how to be good men? Do the girls know how to have a healthy relationship with men?

Society tells boys and girls many things about men and relationships.  Most of those things are warped and distorted in comparison to what God designed. Without guidance, many of these kids become another statistic as they reach adulthood.  The statistics are everywhere.  It does not take long to find that the percentage rates for fatherless kids compared to those with a father present are much higher for things like suicide, alcohol and drug abuse, high school dropouts, teen pregnancies, poverty, and prisoners. 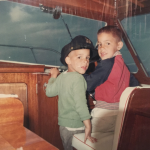 Psalm 68:5 teaches us, “A father to the fatherless, a defender of widows, is God in His holy dwelling.(NIV)”   These people are important to God; He loves them dearly.

Two brothers were quite young when their father was declared missing in action while fighting in Vietnam.  Because there was uncertainty as to what happened to him or if he was still alive, there was never another permanent male role model or father figure who entered into their lives to teach them and guide them.  As they entered into adulthood, their father was finally declared killed in action. These brothers understand the pain that kids go through when a father is absent.  They understand the longing and hunger for a positive male role model.

One of the brothers stated that although things were hard for them, they knew that God had His hand in their lives.  He was directed to James 1:27 by a friend which states, “Religion that God our Father accepts as pure and faultless is this:  to look after orphans and widows in their distress and to keep oneself from being polluted by the world. (NIV)”  He treasured knowing that God holds a special place in His heart for children like him.  He realized that through the experience God gave him, he could be a blessing to others. 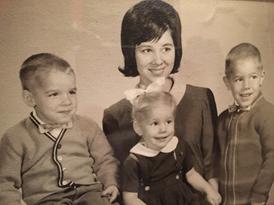 He began looking at his church in Texas to see what they were doing to help the fatherless and widows.  He felt that not enough was being done for those people, and although some had outside assistance from family or the government, many were still not cared for, and their needs were not met.  He began a program based on Psalm 68:5.  As part of the program, money was raised to send the fatherless kids at his church to camp.  He knew they needed positive role models.  He wanted to ensure good seeds were planted in their lives so that they could change course for the better.

Meanwhile, the other brother was in Michigan and was working closely with Camp Lake Louise.  The two brothers believed that what was being done in Texas could be done at Camp Lake Louise as well.  They were able to secure funding to support a scholarship program.  The Psalm 68 Scholarship was developed for children growing up without a father present in their lives. Kids began coming to camp in 2012 fully funded through the scholarship.   The initial goal was to encourage eligible children to come to camp, meanwhile having a team pray diligently for them. 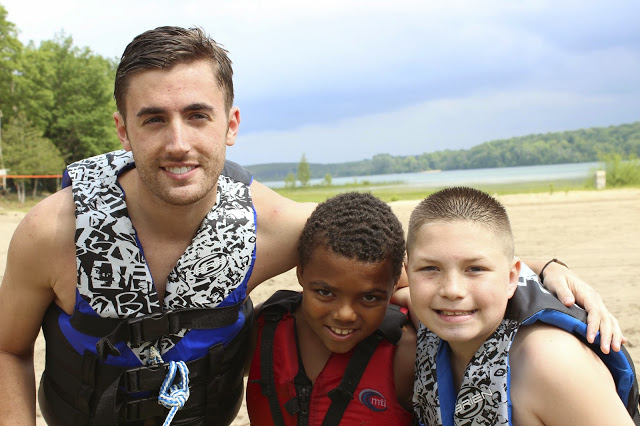 In 2014, a staff member was hired through the money raised for the Psalm 68 Scholarship.  He grew up without a father and reached out to campers who arrived on the scholarship.  He shared his story and listened to the kids.  He built positive relationships with them and taught them what it means to have a relationship with God as a father.  Sixty-eight campers came to camp in 2014 through the Psalm 68 Scholarship.

In 2015, there will be one female and one male who will work with Psalm 68 Scholarship campers.  In the future, Camp Lake Louise hopes to partner with 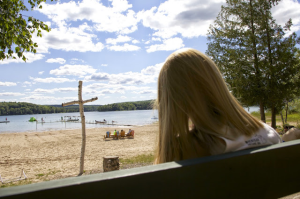 Big Brothers Big Sisters and local churches so that each camper who attends on the scholarship can be paired up with a mentor in their home town.  The mentor will help those seeds that are planted to take root and grow.  These kids will have a chance to break away from the statistics and change their lives.  It can take just one role model or one encouraging word to make a difference.

Single mothers are not doing a bad job at raising their children.  They are incredible, strong women.  However, God designed fathers for a role that a mother cannot fill.  It is a role that needs to be met by a positive male figure if a father is not or cannot be present in the life of his child. 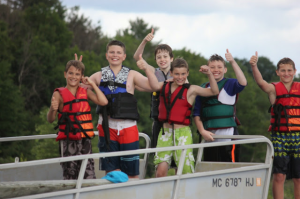 The leaders at Camp Lake Louise desire to continue this ministry, as they have seen God working over the past three years.  As the program grows, continual funding will be needed.  Staff members, donors, volunteers and others are getting the chance to change the lives of kids at camp through God.  These campers will set new statistics: ones of success that will change not only their lives but the lives of generations to come.

We have a choice.  We can meet the needs only of those able and willing to come to us, or we can go out and seek those who need God and bring them to us. This is what we are striving to do at Camp Lake Louise.  We are bringing kids to camp in order to meet their needs.  They are learning about God, having a blast, and changing their stories.