A Letter from Missouri

ABCUSA > In the Spotlight > A Letter from Missouri

Just driving down the main street of Ferguson mid-day as we did, you would not recognize it as a tension-filled community.  Yet the declaration 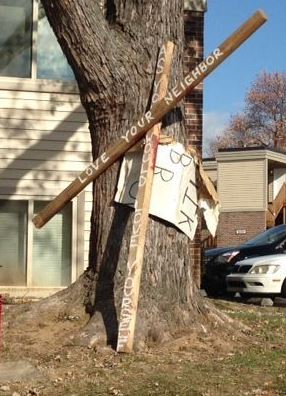 of a state of emergency by the state’s governor while we were there was a vivid reminder of the conflict that has swirled there since the killing of Michael Brown.

We met to connect with our churches – most of the member communions have congregations in that area.  Several ABC pastors from the area attended our Monday evening worship service and sought me out to express their thanks for our being there.

We had spent that Monday afternoon hearing from church and community leaders.  Here are some of the things said that stayed with me:

• Ferguson is the flashpoint for the moral outrage related to the violence against young black men and their disproportionately high rates of arrest and incarceration.  (An article in the November 19 issue of “USA Today” refers to the staggering disparity in the racial gap of arrests in the United States.)  One community leader said, “If young white males were dying or being imprisoned in these numbers there would have been a political protest raised up long ago.  Something would have been done.”  A pastor reminded us that “Ferguson is in your area as well.”
• Pastors and community leaders drove home time and again the disconnect between the church and the young people who have taken to the streets.  They reinforced the message of  Transformed by the Spirit – the churches have to leave their four walls and re-engage with their communities.
• Many, many, many are working to promote non-violent protests and civil disobedience.  Pastor Traci Blackmon reminded us that of the 101 days of protest since Michael’s death, only two days were marked by looting and violence.
• Another speaker challenged us as the church to raise the level of moral outrage within our congregations against what is happening to young black men in our society to the level and intensity felt toward slavery, segregation, and apartheid.

WE FACE A CRISIS, a crisis that mirrors Lincoln’s declaration of June 16, 1858,  “A house divided against itself cannot stand.  I believe this government cannot endure, permanently half slave and half free.”

The deaths of Michael Brown and Trayvon Martin, like that of Emmett Till, are now symbols of this larger moral and political crisis.  And regardless of the color of our skin, WE ALL have skin in this crisis.