Transformed by the Spirit in Action – Beacon of Hope Youth Center

The story below is about the Beacon of Hope Youth Center and how this organization has been Transformed by the Spirit. The story comes from the American Baptist Churches of Michigan, written by David Nichols, and is used with permission.

For almost 20 years, Rick Cunningham looked for a church willing to open its doors to provide a safe place for children who had nowhere else to go. He was hearing God’s call loud and clear, but the churches had a different agenda:

• One church said it was a bad investment because the cost of a youth center would never pay for itself in terms of new members.
• Another church said they would only be interested if Rick promised to make daily Bible classes the center of the program.

Then Rick met Pastor Tucker Gunneman and discovered the Beacon of Hope church. He liked what he heard, but it took another year for him to believe the people of this church were serious about what they said.

Beacon of Hope, formerly known as the First Baptist Church of downtown Saginaw, has been on an interesting journey. Realizing their big and beautiful facility in Saginaw had become more of a burden than a blessing; they sold it and bought land for a new facility in an area of town destined for future development. They assumed this would be their future; God had other plans. 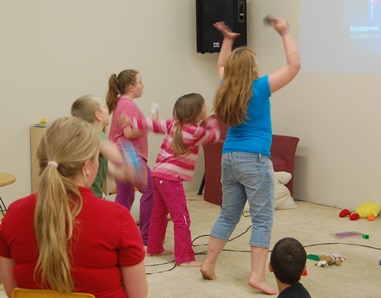 God began to give them a different vision and they started looking for an area of the city with great needs and few churches. Everything began to fall into place when they discovered a vacant grocery store in southwest Saginaw with 18,000 square feet of space able to be renovated for a fraction of what a new building would cost.

The need was evident; 92% of the children in the community lived below the poverty level and qualified for government food assistance through the schools. Summer, though, was a different story with too many children having nothing to eat and nowhere to go. 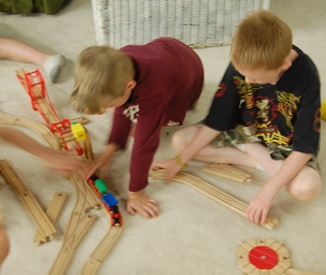 Rick’s vision for a youth drop‐in center found a warm welcome at Beacon of Hope. Funds were secured to develop the space and cover other expenses and the center opened in June 2014. The schedule was the same Monday through Thursday: breakfast from 9‐10 a.m.; games and activities from 10 a.m. to noon; lunch from noon to 1:30 p.m. The entire program was free to those who attended.

Here are a few of the highlights of what happened in the first few weeks:

• A total 65 children attended at least once, with 20‐30 there regularly;
• The program grew, because those who come told their friends about it;
• One boy who came said he was excited to be there because he hadn’t had a meal in three days;
• One of the helpers, Hayley Millhouse, is a college student. She says that her experience working with children in this setting has led her to sense God’s call to ministry as a career.

Please keep the ministries of the Beacon of Hope church in your prayers, as God works through these ministries as church members and friends serve as the hands and feet of Christ in Saginaw, Michigan.