ABCUSA > Latest Features > Judson Press Best-Selling Author McMickle Writes Book on Political Activism
print
VALLEY FORGE, PA (ABNS 10/1/14)—Judson Press best-selling author Marvin A. McMickle issues a challenge to African American churches, and specifically clergy, to reengage in the political process as active agents so that the issues facing African American communities are addressed. In his latest project, Pulpit & Politics: Separation of Church & State in the Black Church, McMickle seeks to provoke the emergence of a new generation of black preacher-politicians who will move beyond spiritual leadership and into advocacy and social justice.

“McMickle has provided the nation a useful and practical tool for creating a merger of faith and the public square. He has provided a classic of how preacher/politicians can function in a society without violating the law of God  or the law of government. The church and society have suffered in the past because of the lack of intellectual leadership that this book pursues. McMickle has written a blueprint for the way forward—we all should take the journey!”—Rev. Dr. W. Wilson Goode Sr., President and CEO, Amachi, Inc., Mayor, 1984–1992, City of Philadelphia

In this accessible volume, McMickle examines:

Each chapter includes questions for reflection and action steps to be taken in light of the readings and the discussion.

About the Author
One of the most respected preachers in the nation, Marvin A. McMickle, DMin, PhD, served as pastor of Antioch Baptist Church in Cleveland, Ohio, for nearly twenty-five years before becoming president of Colgate Rochester Crozer Divinity School in Rochester, New York, in January 2012. McMickle previously served as Professor of Homiletics at Ashland Theological Seminary and in 2009, spent a semester as a visiting professor at Yale University Divinity School. A prolific author, McMickle has more than a dozen books to his credit, including resources on preaching, ministry, and African American history.

Founded in 1824, Judson Press is a publishing ministry of the American Baptist Home Mission Societies, American Baptist Churches USA. It is committed to producing Christ-centered leadership resources for the transformation of individuals, congregations, communities, and cultures.

American Baptist Home Mission Societies—the domestic mission arm of American Baptist Churches USA (ABCUSA)—ministers as the caring heart and serving hands of Jesus Christ across the United States and Puerto Rico through a multitude of initiatives that focus on discipleship, community, and justice.

American Baptist Churches USA is one of the most diverse Christian denominations today, with more than 5,200 local congregations comprised of 1.3 million members, across the United States and Puerto Rico, all engaged in God’s mission around the world. 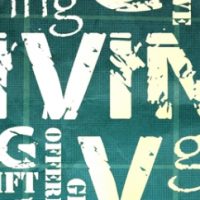