ABCUSA > Latest Features > Asian American Caucus Deepens its Role in Mission
print
VALLEY FORGE, PA (ABNS 8/1/13)—Moving intentionally into a deeper role in mission, the Asian American Baptist Caucus (now called the Alliance) has voted to officially endorse International Ministries (IM) mission personnel who are of Asian descent. The action by the entire Alliance followed the Caucus steering committee’s endorsement earlier this year of Emerson and Ivy Wu. The Wus have recently been appointed by IM for service in Macau.

This historic announcement, along with the change in designation from a Caucus to an Alliance, signal the group’s intent to more fully participate in the ministries of IM and of the American Baptist Churches USA (ABCUSA). The announcement was made to a gathering of over 100 at the Asian American Baptist Convocation at the ABC Mission Summit/Biennial in Overland Park, Kansas on June 21, 2013.

“Since our first connection with the Asian American Baptist Caucus in 2010,” commented the Wus, “ the spirit of unity in Christ in worship and serving among the American Baptist congregations inspired us to pray for and step into global service. We greatly appreciate the Alliance’s confirmation and support and pray the Lord will raise up more servants from Asian American believers to utilize their cross-cultural training and Christian experience to serve globally for the sake of and glory of His Kingdom.”

“Asian Americans are very active in the American Baptist life,” reflected Benjamin Chan, IM’s area director for East Asia. “The transition from the Caucus to the Alliance has better positioned us to serve the members and the denomination. The decision to sponsor IM personnel is a meaningful beginning. IM is in full support of partnering with Asian American Baptists, especially the young generation, in global missions.”

At the same meeting, the formal decision was made to make a transition from a “Caucus” to an “Alliance.” The Alliance will continue to be an American Baptist entity. IM’s executive director Reid Trulson applauded the decision. I think this will strengthen the role of Asian Americans in mission and will add to the vitality of American Baptist life.”

“The Caucus has traditionally provided a voice for Asian American churches and individuals within our denominational life,” continued Trulson. “As an Alliance with a missional purpose, the Asian Baptist community will have new opportunities to participate in planning for mission and supporting Asian Americans working in a variety of mission settings.”

American Baptist Churches USA is one of the most diverse Christian denominations today, with over 5,200 local congregations comprised of 1.3 million members, across the United States and Puerto Rico, all engaged in God’s mission around the world 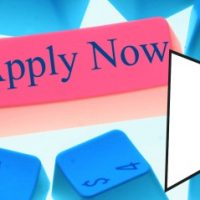