Moved by these atrocities, the Board of Directors of American Baptist International Ministries (IM) has issued a resolution calling for action. The resolution adopted on March 6, 2013 deplores the intensifying war, citing both the teaching of Jesus Christ and the strong relational and spiritual bonds between American and Kachin Baptists.

The resolution calls for an immediate end to military operations, fast and effective access to humanitarian assistance and an end to all harassment, arbitrary arrest and unlawful detention of civilians.

“The attacks of the Burmese Army against the Kachin people are horrific,” said Reid Trulson, IM’s executive director. “Now is the time to inform our representatives in Congress about this crisis and to urge our government to take appropriate diplomatic actions on behalf of the human rights of our Kachin brothers and sisters.”

The resolution urges American Baptists to advocate on behalf of the Kachin people while affirming non-violent peace-making in the Kachin State and in all such situations of ethnic cleansing.

“The historic ties that exist between us and the people of Myanmar allow us no other option but to support peace-making efforts there,” said Rev. Hopeton Scott, president of the IM Board of Directors. “As followers of Jesus Christ, the Prince of Peace, American Baptists ought to do all in our power to stop this violence against the Kachin people.”

American Baptists share an especially deep and longstanding bond with Christians in Myanmar. Ties between American and Kachin Baptists began to be forged in the era of Adoniram and Ann Judson. The Judsons arrived on the shores of Myanmar (then called Burma) two hundred years ago in 1813 and became the first appointed American Baptist missionaries.

The Burma Baptist Chronicle (1963) noted that the first seven Kachin people were baptized on March 19, 1882. After that, other Kachins began coming to faith and communities of believers emerged readily across northeast Burma. American Baptist missionary Ola Hanson completed the Kachin translation of the entire Bible in 1926. By this time, Kachin schools had been started, leaders had been trained, pastors had been ordained and Kachin churches had become self-supporting, self-governing and self-propagating.

The Kachin Baptist Convention, founded in 1910 as fruit of the partnership with American Baptist missionaries, represents the majority of Kachin people living in Myanmar and around the world. Kachin Baptists share a core value of peace and justice with millions of Baptists, Christians of other communions, adherents of other faiths and people of good will throughout the world.

A Generosity Project Reflection – Money at Church: Watch the Relationships

Baptists One in Prayer 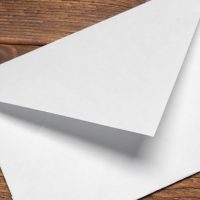 Supporting Churches, Pastors, and Regions: A Letter from the ABCUSA Acting General Secretary

Online Worship is all the Rage! – American Baptist Churches of Nebraska