Most recently, Powers provided support at ABHMS to the Rev. Glynis LaBarre in Missional Church Ministries, to the Rev. Ron Carlson in Campus Ministries and to the Rev. Cassandra Williams in Discipleship Ministries, which included production of the “Discipleship Planning Guide,” an annual resource. In addition, Powers was a member of the Planning Team for Immerse, the 2012 national gathering of American Baptist youth. She provided support to Immerse’s lead planner, the Rev. Trevor Beauford, as well as the rest of the team.

“Joanne Powers was a much loved, highly valued and deeply appreciated member of the ABHMS family. She was a dedicated colleague, who served in many roles over the course of her years with this ministry, and her work and witness made a tremendous difference,” says Dr. Aidsand F. Wright-Riggins III, executive director of ABHMS. “Perhaps fortuitously, Joanne’s desk was located just at the entryway to the ABHMS ministry space. She was the first person many would see as they came into the office. She greeted each person with a smile and a heart full of joy. It is an understatement to say that she will be missed.”

Powers was hired by ABHMS as a transcription machine operator for the stenography pool in 1971. She quickly advanced to the program division to work as a secretary—a role of which she was quite proud. Over the years, she provided secretarial support in various departments and for numerous ABHMS staff, including the Rev. Dale Merril and the Rev. Dr. Paul Madsen. Powers was the Rev. Duncan McIntosh’s secretary in the former Personal and Public Witness Unit and supported the Rev. David Laubach and later Dr. Laura Miraz in the former Macedonia Ministries and Ministry of the Laity in the Workplace programs. Powers provided support for American Baptist Churches USA’s Renewed for Mission. In the Evangelism and Church Renewal Unit, she supported the Rev. Harry Riggs in Church Renewal and Dr. Allen Abbott in American Baptist Men.

She pursued professional development by taking a variety of continuing education classes over the years, including “Interpersonal Communication and Assertiveness Training” and “Memory Development.”

She and her husband, Francis X. Powers, were married for 30 years. Born in Havertown, Pa., on Oct. 9, 1953, she was the daughter of Rita A. (Cogliano) Hoffman and the late Ira Eugene Hoffman. She graduated from Conestoga High School, Tredyffrin Township, Pa., in 1971.

A King of Prussia, Pa., resident, formerly of West Conshohocken, Pa., she enjoyed the Flyers, Eagles and Phillies.

Calling hours are 9:30-11 a.m. on Friday, May 11, at Upper Merion Baptist Church, 585 General Steuben Road, King Of Prussia, Pa. 19406. A funeral service will be held in the church at 11 a.m. on Friday. Private interment was at St. Matthew Cemetery, Conshohocken. Arrangements are by William A. Moore Funeral Home, Conshohocken.

American Baptist Home Mission Societies—the domestic mission arm of American Baptist Churches USA (ABCUSA)—ministers as the caring heart and serving hands of Jesus Christ across the United States and Puerto Rico through a multitude of initiatives that focus on discipleship, community and justice. 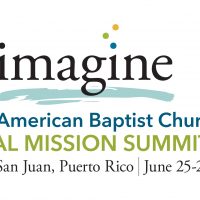 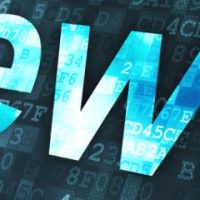