“The loss of Ed Gaustad is a great one—to his family, the scholarly community, Baptists, and to those who understand the fight for separation of church and state still goes on in our society—and in other parts of the world,” said Dr. Deborah Bingham Van Broekhoven, executive director of the American Baptist Historical Society [ABHS]. Concerned that local congregations value and publish their stories, Dr. Gaustad served on the Society’s Board of Managers and authored the still popular booklet, Doing Church History—Your Own, published in both English and Spanish by ABHS.

In comments offered to the New York Times, Martin E. Marty, professor emeritus at the University of Chicago, said, “Edwin Scott Gaustad has been for decades the premier historian of religious dissent in the United States, a scholar who set his biographical subjects—Roger Williams, Benjamin Franklin, and others—into the context of the larger story well told in his pace-setting Religious History of America. He was also the atlas maker for two generations of Americans who wanted to fuse geographical and historical interests, as he himself did so well. His Faith of the Founders is much used in our time when it has become urgent to get an accurate reading on the story of religion in the national founding. He may have liked to tell the story of dissent, but one can only remember him as someone who gave assent to other scholars, audiences, and others who welcomed his generosity of spirit, and—to the end—his smile. Generations of students knew him not only as a first-rate lecturer but also as a soul who will not soon be forgotten.”

Gaustad’s special interest was the colonial period, in particular the nature of American religious liberty, pluralism, and dissent. His books include The Great Awakening in New England, Historical Atlas of Religion in America, A Religious History of America, Dissent in American Religion, Baptist Piety: Last Will and Testament of Obadiah Holmes, George Berkeley in America, Documentary History of Religion in America, Faith of the Founders, Liberty of Conscience: Roger Williams in America, Sworn on the Altar of God: A Religious Biography of Thomas Jefferson, Church and State in America (for young adults), and Benjamin Franklin. He is also co-author with five other authors of the textbook Unto a Good Land: A History of the American People.

In 2002, Gaustad was an expert witness in the widely publicized trial brought by the ACLU, Americans United for Separation of Church and State, and other groups against Montgomery, Alabama, judge Roy Moore (Glassroth v. Moore), who refused to remove a monument of the Ten Commandments from the state courthouse. In his testimony for the plaintiff, Gaustad asserted that Thomas Jefferson had “an undying anxiety of anything that would bring church and state together. He was not against religion. He was against any combination of power with religion.” When asked by Judge Myron Thompson if it would help to add a disclaimer to the bottom of the monument saying “We’re not compelling anyone to believe,” Gaustad said it would, but “moving it to private property would help more.”

A memorial service is scheduled for May 1 in Santa Fe, New Mexico. The family requests that memorial gifts be given to the American Baptist Historical Society, 3001 Mercer University Dr., Atlanta, GA 30341, or online at www.abhsarchives.org.

A distinguished lecturer at other schools in the United States and abroad, he also served as President of the American Society of Church History and was a member of the Phi Beta Kappa Speakers Panel. He received Distinguished Alumni Awards at both Baylor and Brown Universities, as well as the Distinguished Teaching Award at UC Riverside and the Alumni Religious Liberty Award from Baylor.

In Dissent in American Religion (1973)—which is dedicated to his three children “and to that unmoored student generation of which they were a part; together, they taught me more about dissent than I really wanted to know”—Gaustad wrote: “In the first century, amidst a plethora of fresh dissent, the sober counsel was ‘Test everything; hold fast what is good.’ It is sober counsel for every century, and every generation. Dissent neither conducts the examination nor controls the results; it only insures throughout history that testing will take place.” But a healthy dissent needs a healthy citizenry. From his biography of Thomas Jefferson: “The book of Samuel speaks of those who are ‘bound in the bundle of the living.’ Americans need to be so bound together, bound by sentiment and hope, by values and civility—bound by something more than a network of interstate highways.”

Founded in 1853, the American Baptist Historical Society preserves and shares collections documenting the influence Baptists have had on religious and civic life. Its six miles of shelving hold the archives of the national mission societies of the American Baptist Churches in the U.S.A., of which it is a part, the personal papers of prominent Baptist leaders, original church records, periodicals representing the world-wide Baptist press, national, state and associational published minutes from the vast array of Baptist denominations in the U.S., and books and pamphlets that are by, about, for and against Baptists. Researchers come from all over the world from a multitude of disciplines, including American history, political science, anthropology and sociology. For more information about ABHS, including how to make a research appointment or to volunteer, visit our website at www.abhsarchives.org. 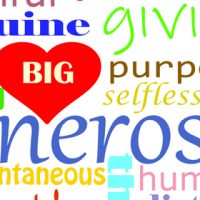